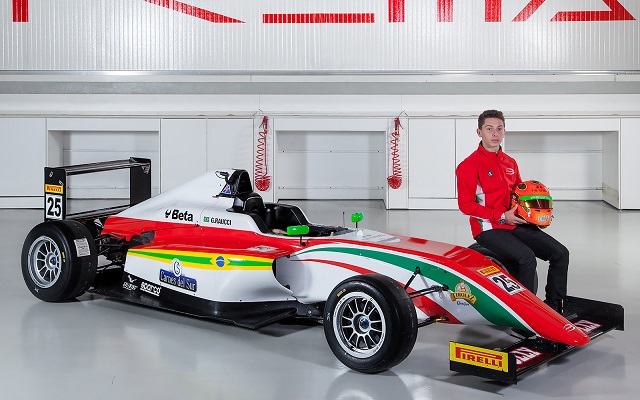 Raucci is stepping up to single-seaters this year from karting, where he finished sixth in the junior world championship in 2013, just behind 2014 world champions Lando Norris and Enaam Ahmed.

He is also competing in Brazilian F3 this year, sitting fifth in the standings after last month’s opening round at Curitiba.

“It’s a great honour to sign a contract with Prema Powerteam to race the F4 series,” he said.

“It’s an important step for my career as this will be my first season in single seaters after years of karting. Of course, it will be a different challenge as for all rookies, but I’m sure Prema Powerteam will teach me a lot in my debut year as they have a lot of experience and won several races and titles. I’m sure we can aim for some major goals in 2015.”

“In Brazil, he went from win to win and from title to title in kart racing, showing he’s among the world’s best young racers. We’re delighted to have such a talented young driver in our team for the Italian F4 Championship.”