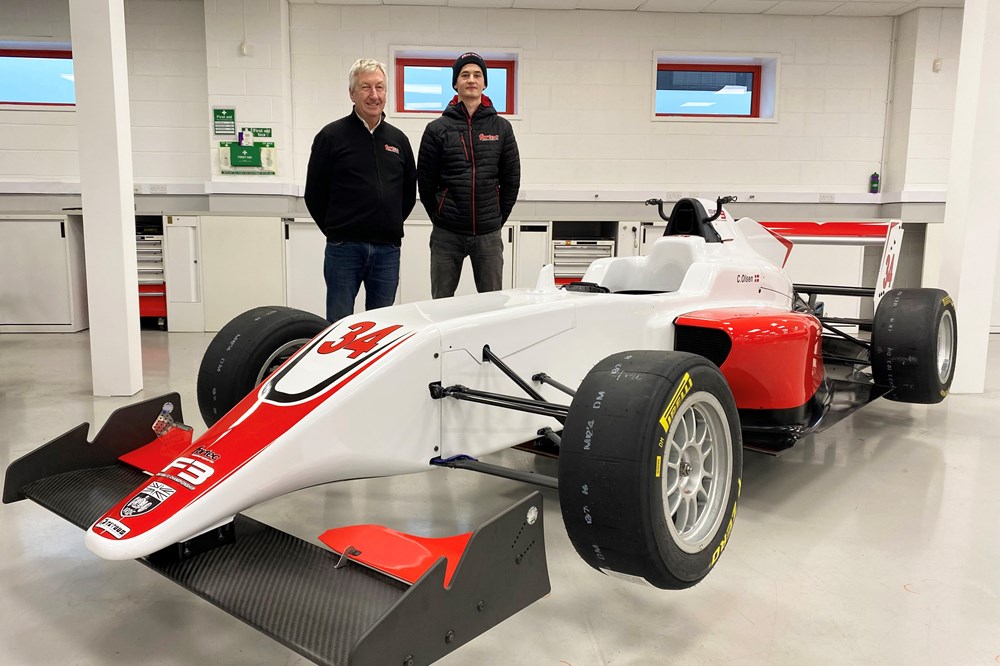 Christian Olsen will make his contemporary single-seater debut this year after signing to join Fortec Motorsports in BRDC British Formula 3.

The 23-year-old Dane primarily races in prototype sportscars, but has also been a regular winner in historic F3 racing across Europe since 2016.

He has won twice at the Nurburgring’s Oldtimer GP meeting, and is unbeaten in Zandvoort’s FIA Historic F3 European Cup. Olsen’s focus now is on making a career in single-seaters.

“It?s a big change from my career trajectory so far, which has been mainly in sportscars and Historic F3, but modern single seater experience is vital for any career and this is a very important move for my future.?

Olsen karted in Germany and European competitions from 2009 to 2013, when he chose to concentrate on his education before stepping back into racing via historic single-seaters in 2016.

Fortec’s British F3 team manager Russell Dixon added: ?We?ve had some promising test days with Christian in recent months and are very pleased to confirm he?ll be racing with us in BRDC British F3 with us this year.

“He?s had a varied career, his experience should come in handy and we expect him to make strong progress with us as the season goes on.?

Last year, Fortec won eight races in British F3 with Johnathan Hoggard and Manuel Maldonado, who are both expected to race in Europe this year. The first pre-season test of the year takes place at Snetterton on March 3.