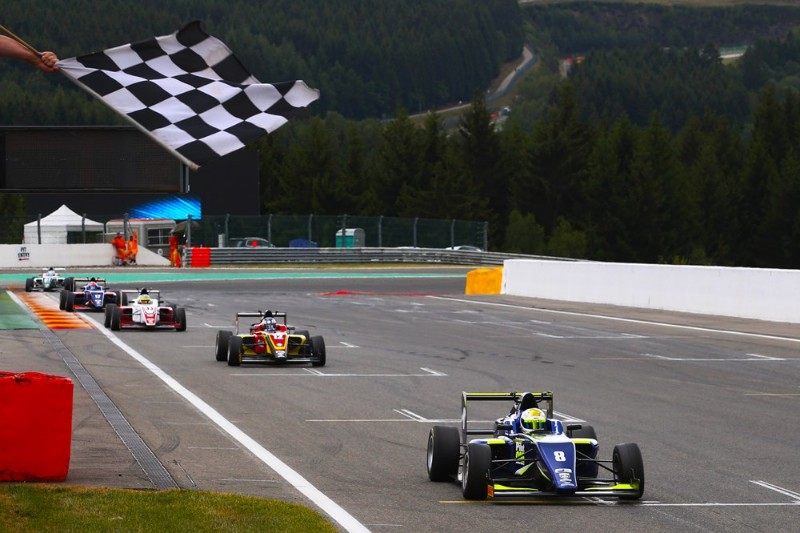 BRDC British Formula 3 race-winner Kaylen Frederick will return to the championship with Carlin in a bid for the title.

The American joined the team for the 2019 season and took wins at Oulton Park and Spa-Francorchamps, as well as pole on his debut, on the way to ninth in the points.

His previous racing experience was spent mostly in the Road to Indy, with a USF2000 debut in 2016 followed by two full seasons where he picked up nine podiums and two poles but was never able to win.

?I?m super happy to be returning to British F3 with Carlin,” said Frederick.

“We took a lot of positives out of the 2019 season and I think both I and the team learnt a lot and know areas that we can improve on for 2020.

“”Having moved over from the US, it was tough last year adapting to completely new circuits that I?d never raced on before so the experience gained last season will really help.

?We have a great platform under us with which to show our potential this year. ?I can?t wait to get back out on track and get the season started.?

?We?re delighted to have Kaylen return to British F3 with us this year,” Carlin team boss Trevor Carlin said.

“He is a great asset to the team both in and out of the car and works extremely well during testing with the engineering team.

“It?s a pleasure to have such a mature hardworking driver pushing us forward as we head into the new season to defend our title.?