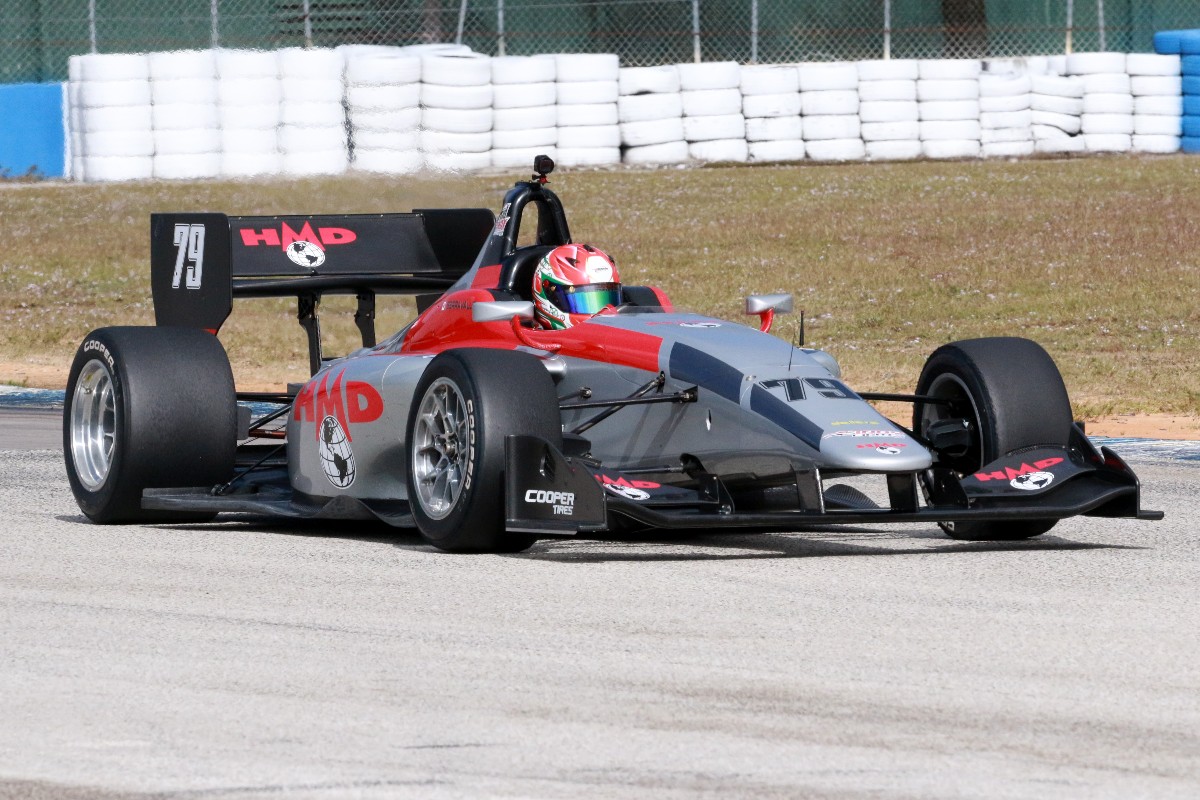 Canadian talent Antonio Serravalle has landed a seat in Indy Lights with HMD Motorsports for his third year in car racing.

The deal covers the pre-season tests and five race weekends, with the Freedom 100 event at Indianapolis Motor Speedway in contention to be dropped to ensure Serravalle can race at his home round in Toronto.

The 17-year-old was a national karting champion at a junior level before joining the debuting Exclusive Autosport in Indy Pro 2000 two years ago, and took a best finish of eighth from his 10 starts.

He returned to the series in 2019 with improved results in his family-run Pserra Racing car that was supported by Jay Howard Driver Development and then RP Motorsport, and also made a Formula 3 Americas cameo at Road America.

?I?m excited to be moving up to Indy Lights,? said Serravalle. ?I was able to test with HMD Motorsports in December, and it was a great experience.”

Serravalle was sixth fastest of nine in Indy Lights’ Sebring test last December, but looked immediately comfortable in the car. If he can gather the sponsorship to do so, he plans to extend his current deal into a full season in the series this year.

“The team was extremely helpful getting me settled into the car and up to speed, and we were ultimately able to run towards the front of the field during the test.

“They are an experienced and professional team with nearly every team member having IndyCar experience, and I am grateful and excited to be working with them this season.?

?Antonio will be a great addition to the team in 2020,? Henry Malukas, HMD’s team owner, said.

?After a hectic season last year, we were still able to be a frontrunning team and we expect nothing less this season.

“We are much more prepared and have put the proper people in the right positions. Antonio tested very well with the team in Sebring a few months back and working alongside a pair of returning Indy Lights drivers I imagine he will only continue to improve throughout the season.

“The goal is to get the first few events out of the way and assist him in finding the necessary pieces to the puzzle to be a long-term addition.?

Honda Canada, which has supported IndyCar race-winner James Hinchcliffe’s career, is closely observing Serravalle’s rise up the single-seater ladder and could finance a future move into IndyCar.