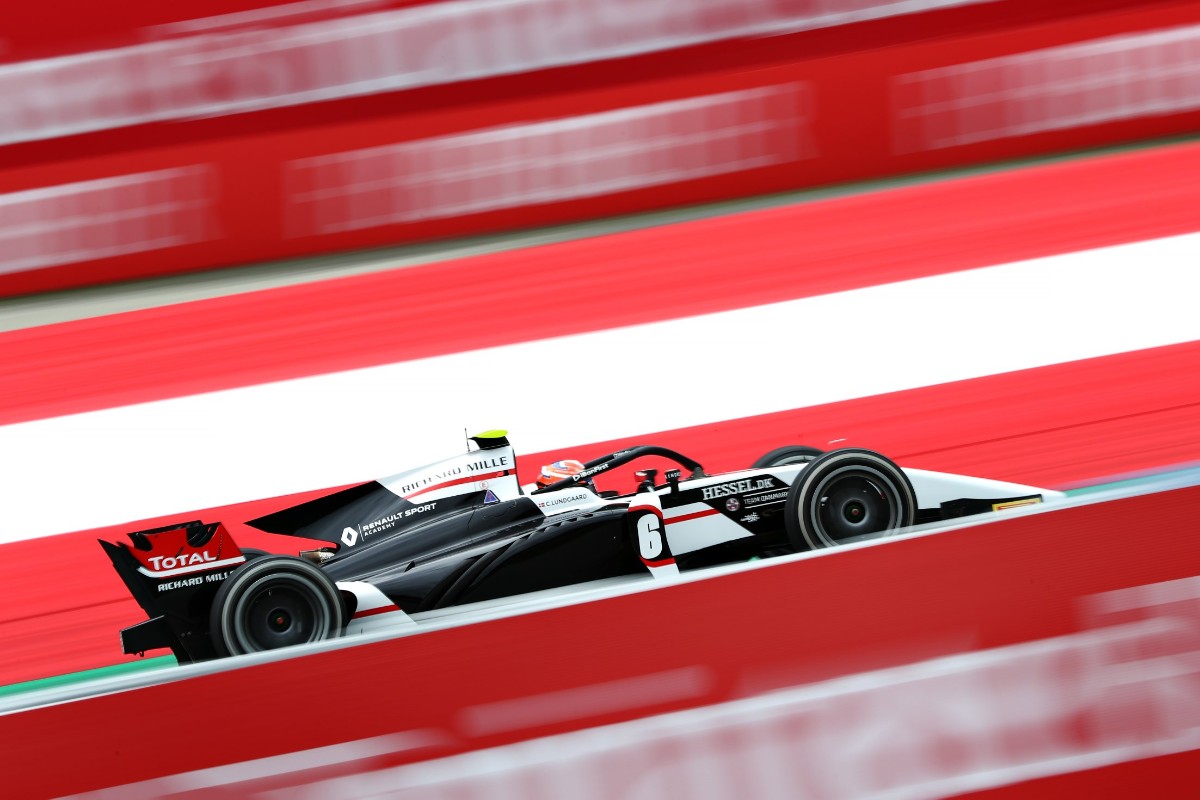 Renault junior Lundgaard worked his way through the field in Saturday’s rain-soaked feature race before a mistake at Turn 6 blunted a potential podium charge.

He started the sprint race from third on the grid and passed his ART team-mate Marcus Armstrong for second place at Turn 1 on the opening lap.

The virtual safety car was then required after Prema’s feature race victor and points leader Robert Shwartzman spun himself out of the race at the exit of Turn 1.

Lundgaard wasted little time following the race restart, and dived down the inside of polesitter Dan Ticktum at Turn 3 to take the race lead on the second lap after the restart.

FIA Formula 3 graduate Lundgaard fired in two successive fastest laps to build an advantage over DAMS driver Ticktum in excess of the one second needed to escape DRS range.

From then on he maintained a gap of around two seconds to Williams junior Ticktum to claim victory, while Ticktum scooped his second successive sprint race podium.

Armstrong lost third place to fellow Ferrari junior Mick Schumacher just before half distance at Turn 4, but the Prema driver was forced to retire from a potential podium place when his in-car fire extinguisher set off.

This handed Armstrong his first podium since the opening race of the season, with Virtuosi Racing duo Guanyu Zhou and Callum Ilott rounding out the top five.

Jehan Daruvala capped off a disappointing weekend in ninth place, just half a second adrift of scoring his first point of 2020. His Carlin team-mate Yuki Tsunoda, who was pipped to his maiden F2 win by Shwartzman on Saturday, retired from seventh place with a suspected clutch issue early on.

Roy Nissany was the last finisher on the lead lap, but did set the fastest lap of the race for the second time in a row.