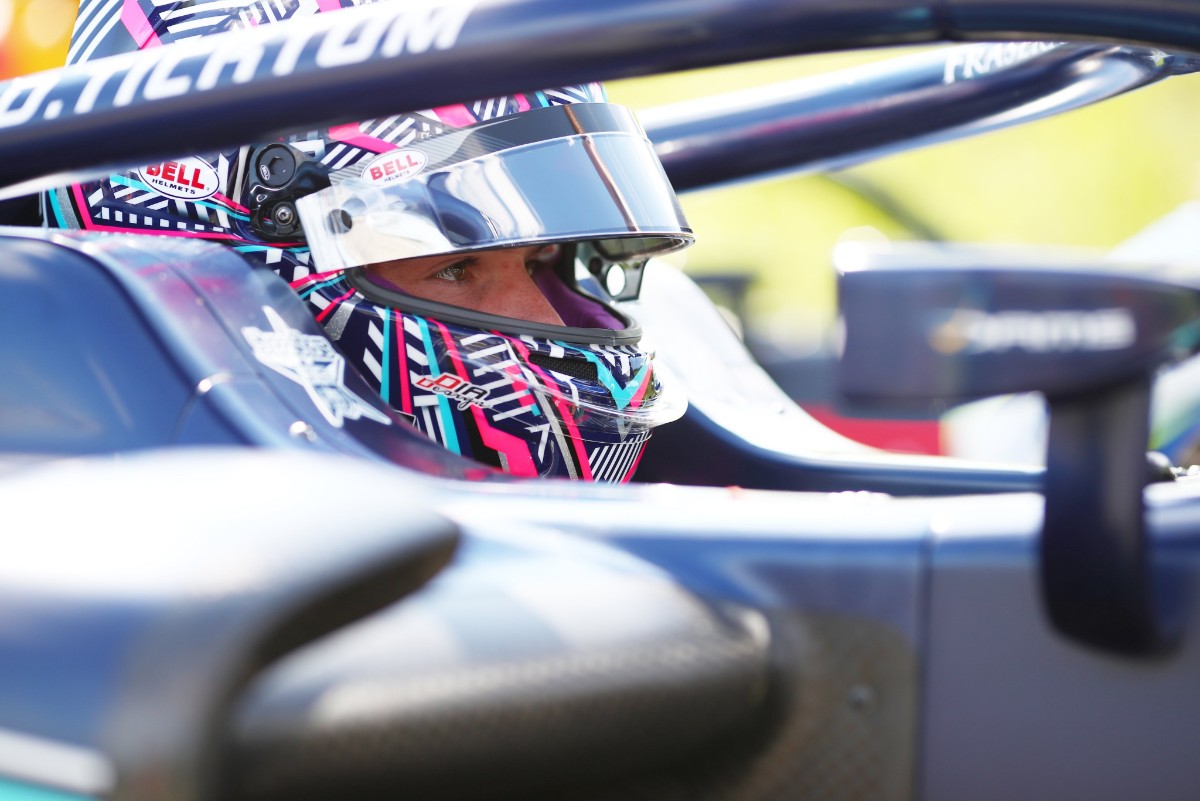 Dan Ticktum believes a struggle to turn on Formula 2’s new 18-inch tyres has held back DAMS so far this season, and has made comparisons to his Super Formula experience.

The Williams development driver is fourth in the points after two sprint race podiums. In the most recent race he started from reversed-grid pole, after climbing from 15th on the grid to eighth in the feature race, and finished in second place, being passed by Christian Lundgaard following a virtual safety car period.

“I got a good start, managed to defend well on the first lap, that box was ticked definitely; VSC, I still had a pretty decent gap after that, so I can’t blame anything on that,” Ticktum said of Sunday’s sprint race.

“I just didn’t have the pace in the first five laps. I was really trying to warm the tyres in the VSC and the warm-up laps, you know with the brakes, trying to be as aggressive as possible.”

Different compounds of Pirelli’s 18-inch tyres have been brought to the two F2 rounds held at the Red Bull Ring, and Ticktum noted that not being able to turn on the rubber quickly enough has influenced the form of his DAMS team.

“Basically, for the whole two weeks we just haven’t been strong at the start of the race or after safety cars. A little bit with my management, but this time I just couldn’t have put any more energy in the tyres. I feel like I did the best I could.”

The Styrian Grand Prix-supporting races used the medium and supersoft compound, which led to Ticktum “struggling more than last week” when the hard and soft compounds were used.

He qualified ninth for the opening race of the season, but only 15th at round two.

“I don’t want to give too much away but it’s pretty clear to see that we just aren’t turning the tyre on at the beginning of sessions.

“I think I could have jumped up two or three places but I was half a second off pole. There was no way I could have found that in my lap.”

The 21-year-old raced in SF in 2019, but lost his seat and Red Bull backing after a difficult start to the season.

“I think in some ways [the new tyres] is similar to having a new car last year in Super Formula. Some teams’ baselines are working better for this tyre than others. I think DAMS in the past on the 13-inch when there’s been more degradation have always been on the conservative side which did them very well in the races.

“But now we seem to be struggling to put the energy into the tyre because it’s a lot less sensitive than the 13-inch.”