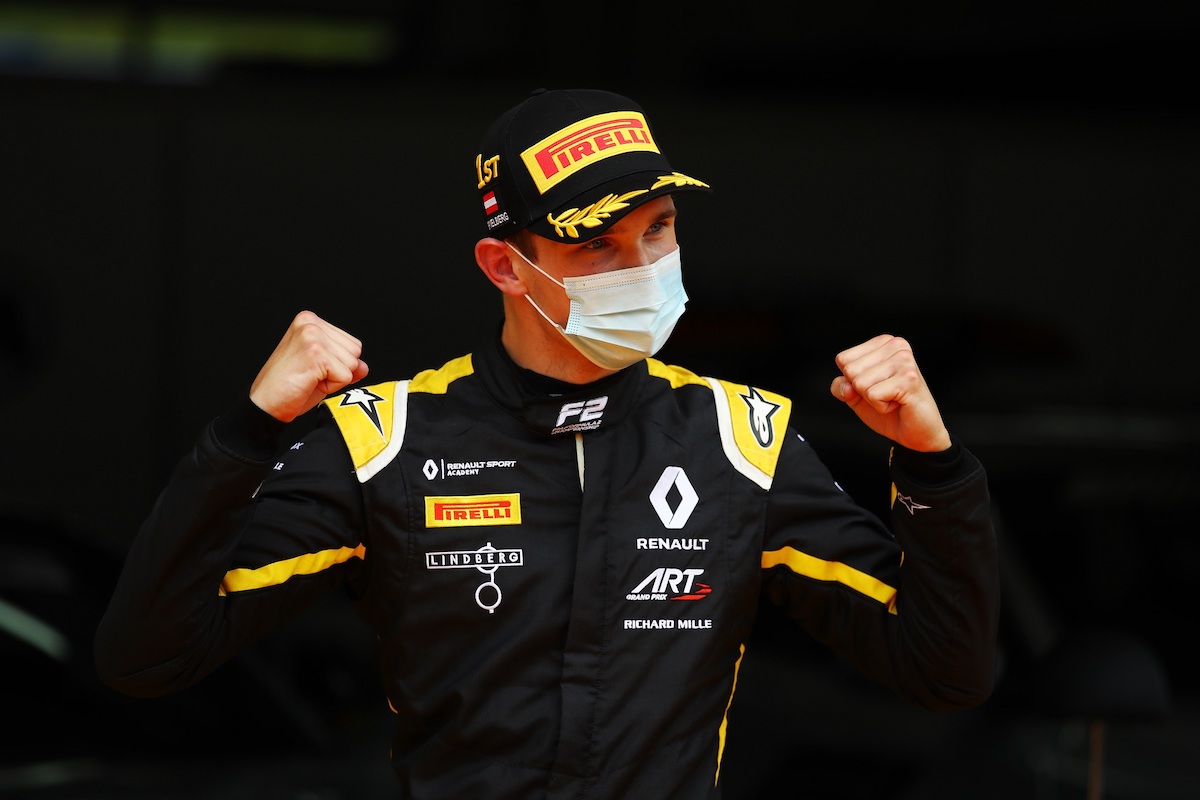 ART Grand Prix’s Christian Lundgaard feels that he is performing better than expected after missing Formula 2 testing, following his maiden victory at the Red Bull Ring.

Lundgaard overhauled DAMS’ Dan Ticktum to secure his first win in the series in Sunday’s Styrian Grand Prix-supporting sprint race. That came after an impressive drive to sixth in the wet feature race.

The Renault junior missed pre-season testing in Bahrain, which marked the debut of the 18-inch rim Pirelli tyres, after being quarantined in a Tenerife hotel at the start of the COVID-19 pandemic following a Renault training camp.

In the first three races of 2020 – all at the Red Bull Ring – he finished no lower than sixth, and his sprint race win now puts him second in the points behind Ferrari junior Robert Shwartzman.

“To be honest I would say it’s better than expected, because last week I came into the first practice not knowing where I was going to be. And considering being in the points all four races, quite well placed, I’m quite happy,” Lundgaard said.

“Missing three days of testing doesn’t help. So last weekend was a learning process for me. The pace was there in the beginning, but didn’t really push enough in the races, especially in the first laps. Learned from that for this week. So I think you can see today that I was a bit more aggressive in the beginning. I think that did help to secure the win today.”

Lundgaard also explained his early moves and why he broke away from Ticktum, rather than dropping into a slipstreaming battle as seen in the supporting FIA Formula 3 race.

“Making the gap to Dan was important, to break the DRS, then after that just trying to keep my pace. From my point of view, the pace was very consistent, I was told by my engineer that he was catching up a bit, then I pulled away a bit, just tried to keep the gap through the whole race really.

“I’ve got the experience from F3 here last year and when the DRS opens it is just a DRS train so we have to make the difference and I think I was quite lucky to make the gap straight away.

“But yeah I was a bit surprised by the top speed I had compared to Dan because I didn’t really gain anything the first 300-400 metres and then, in the end, I gained a lot so I just decided to go for it and it paid off.”

Lundgaard’s team-mate Marcus Armstrong, a Ferrari junior, finished third but struggled with tyre wear and “completely lost the rear axle” in the second half of the race.

“I certainly wasn’t able to drive the way I wanted to, so I was massively limited by that,” he said. “But positively, we do have more points on the board, and that’s the priority at the moment.”