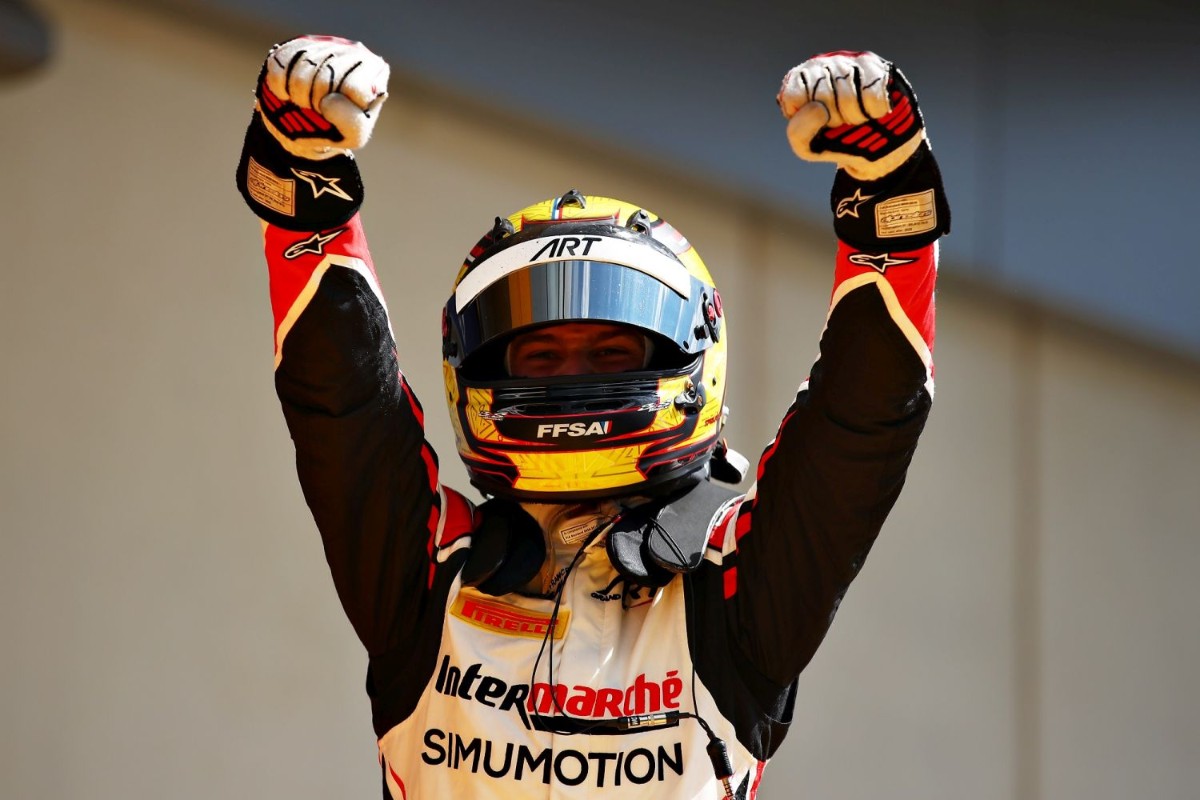 Sauber junior Theo Pourchaire has described the feeling of being the youngest ever race winner in FIA Formula 3 as “amazing” after his maiden success.

The 16-year-old, who races for ART Grand Prix, benefited from a clash between leaders Jake Hughes (HWA Racelab) and Liam Lawson (Hitech GP) to win the sprint race of the second Red Bull Ring round.

It was the Frenchman’s fourth race in the series, and meant he broke the record for the youngest winner in Formula 1’s third-tier support series – set by current Jaguar Formula E star Mitch Evans while racing in GP3 in 2011 – by four days.

“It’s amazing to be the youngest winner in FIA Formula 3, my objective is always to win but I was not expecting to win already at the second round,” Pourchaire told Formula Scout.

“For me it was a good thing to do back-to-back races in Austria, so I could improve myself in qualifying and take confidence in the car.”

In the Austrian Grand Prix-supporting season opener he qualified 20th out of 30, and finished 13th in his first race since moving up as reigning ADAC Formula 4 champion.

Pourchaire was fifth fastest and just 0.276 seconds off pole in qualifying for round two, which supported F1’s Styrian GP, and took his first points with a ninth place finish in the rain-shortened race one. That put him second on the reversed grid for race two, which he won.

“I did a really good start, I was leading the race but it was impossible to keep the other guys behind me with the DRS,” Pourchaire said of his win, which came under immense pressure from Prema’s Logan Sargeant.

“[I was] really happy to stay in front of Sargeant and win the race.”

As well as breaking the age record and climbing to ninth in the points, Pourchaire also established himself as the lead ART driver in the standings.