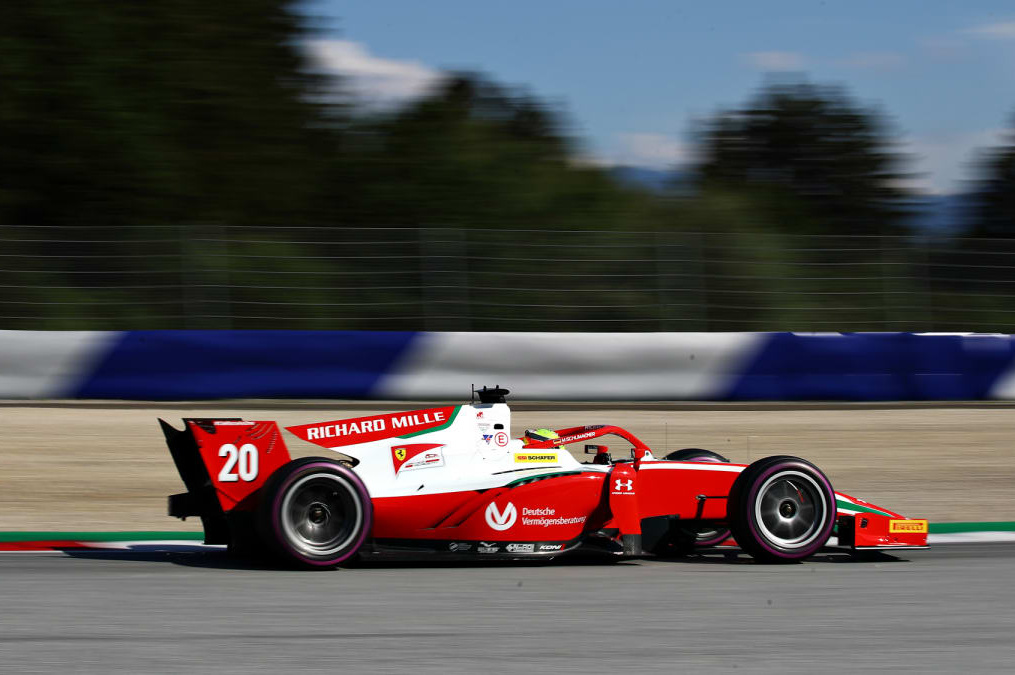 A piece of tyre debris set off Mick Schumacher’s fire extinguisher in the Formula 2 sprint race at the Styrian Grand Prix, forcing him to retire from a podium place.

Schumacher was running third and on for his first podium of the 2020 campaign when the extinguisher went off in his cockpit, leading to his retirement.

It was not the first time an F2 driver has been sprayed by his car’s extinguisher fluid mid-race: A similar thing happened to Pierre Gasly at Hockenheim in 2016, and although he continued in the race he was disqualified afterwards because the extinguisher had been emptied. Jack Aitken also had to retire from a race in Austria two years ago because of a similar problem.

In Schumacher’s case, his Prema team believes the extinguisher was activated by a piece of tyre rubber hitting the switch on the side of the car.

“It’s a pity because a podium would certainly have been realistic,” said Schumacher, who previously lost out on a podium from his own mistake at last weekend’s opening round.

“But even if it’s hard, we’ll have to forget this quickly and concentrate on Budapest from now on. If our car works as well there as it does here at the Red Bull Ring, we’ll be a strong contender in Hungary, too.”

Prema suffered a double retirement in the sprint race, with Saturday winner Robert Shwartzman eliminated after a spin at the first corner of the race.

While Shwartzman, who still leads the championship, held his hands up to his mistake, Prema said “a small pre-race setting issue” also contributed to his retirement.

“I’m very sorry for the team because I could have taken good points for sure,” Shwartzman said.

“Unfortunately, I didn’t pass turn one as I made a mistake, I probably went on the throttle with the tyres still a bit too cold. It just snapped in an instant. I tried to activate the clutch but it was too late.

“From a very good day yesterday to a very bad day today, it’s something to learn from. It shows that nothing is easy, you just have to keep working and learning while trying not to make mistakes.

“Otherwise, the pace throughout the weekend was great, and I thank the team for that.”