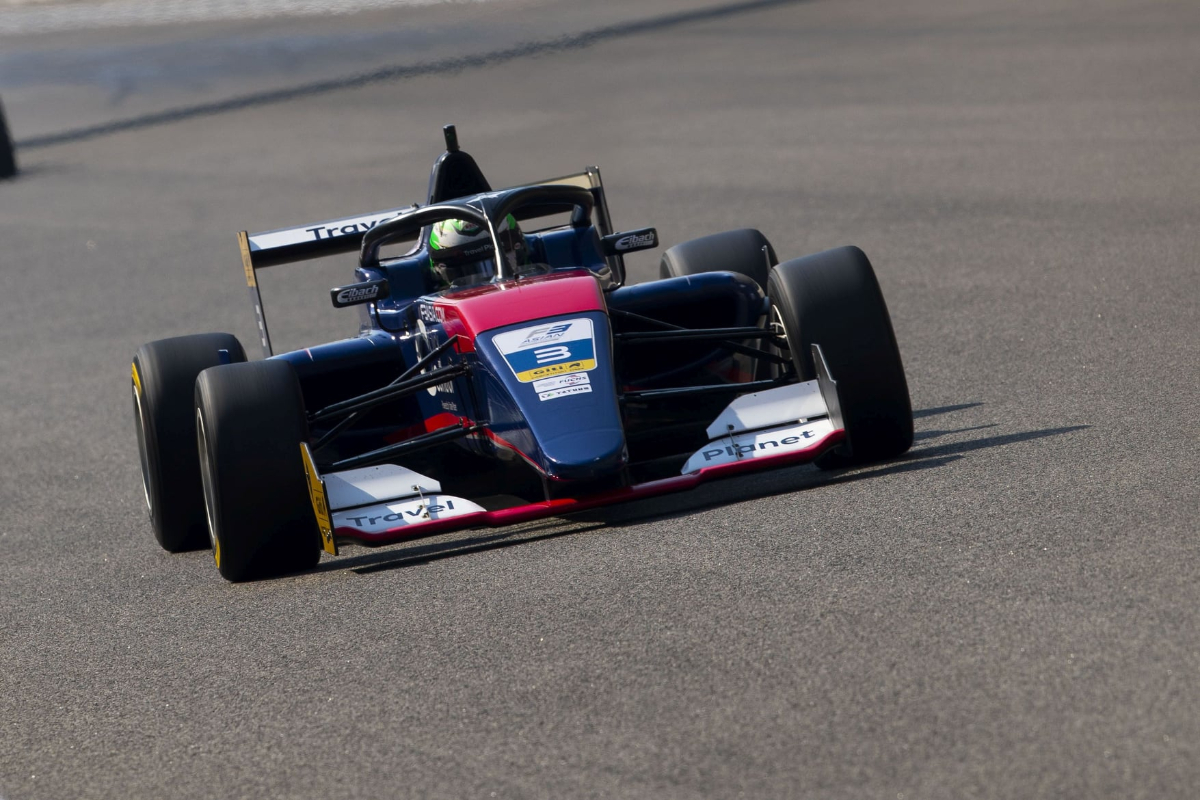 Pierre-Louis Chovet dominated the final race of round two of the Asian Formula 3 season at Yas Marina Circuit, while Guanyu Zhou stormed from the back to fifth.

Pinnacle’s Chovet used his fresh set of tyres to break away from the chasing pack. The Frenchman was able to pull a lead of 2.352 seconds over Daruvala on the first lap under green flag conditions.

That margin was extended to 7.921s by the time Chovet took the chequered flag, and Daruvala claimed his fourth podium in six races to vault into the championship lead.

Hadjar spent the entirety of the race staring at the back of the Daruvala for the second successive race. He still picked up his third podium of the weekend in third , one place ahead of his 2020 French F4 rival Iwasa, who picked up his best F3 result yet in fourth.

Alpine Formula 1 junior Zhou made the most of his fresh tyres to pick off half the grid on his way back into the points positions, including a stunning move around the outside of the notoriously-tough defender Roy Nissany.

He passed Nissany’s team-mate Reece Ushijima on the final lap to move into fifth place and limit the points loss to his Formula 2 rival Daruvala.

Beganovic and Pasma recovered to finish in 11th and 12th places respectively.

The third round of the 2021 Asian F3 championship will kick off tomorrow with practice, qualifying and race one at Yas Marina.