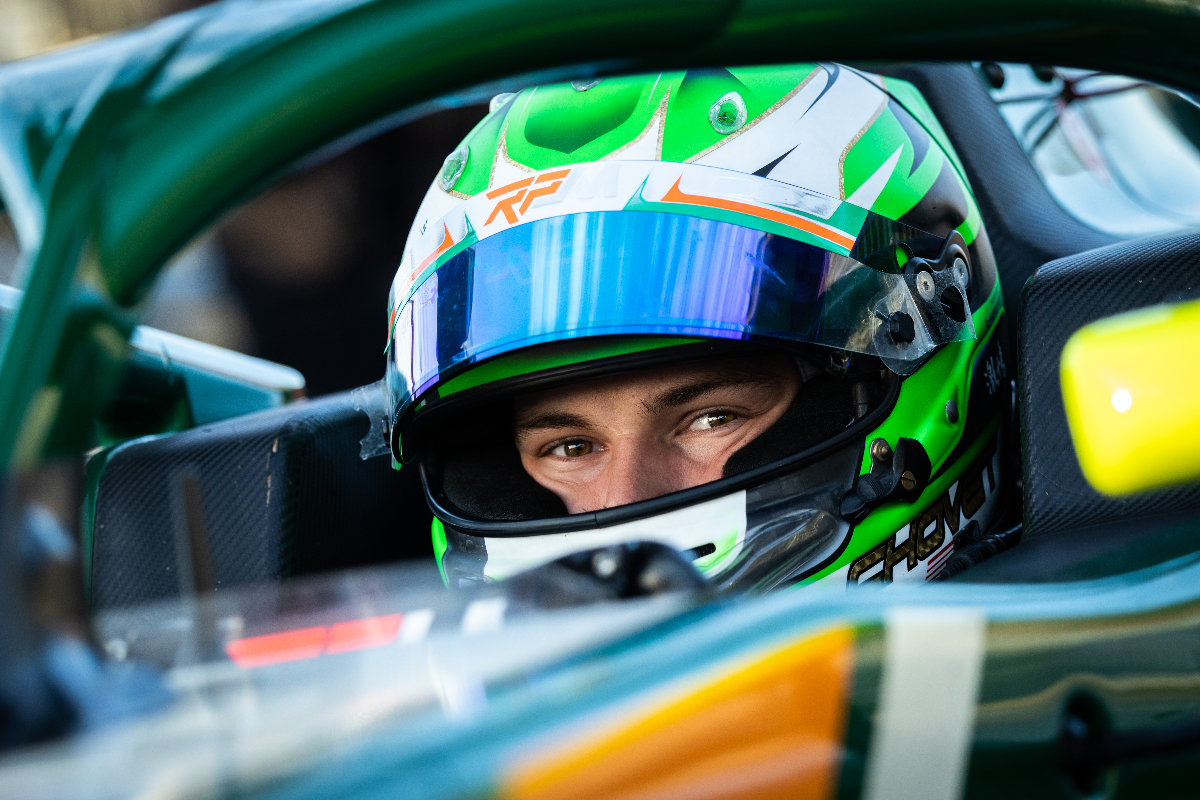 The pair were quickest in FP2, which was brought to an early close by red flags when Nicola Marinangeli spun into the gravel with three minutes remaining.

As the cars returned to the track for their second stints of the session with just under 20 minutes remaining, Chovet went to the top with a 1m42.666s lap, bettering early pacesetter Van Amersfoort Racing’s Joshua Dufek by 0.8 seconds.

Dufek’s fifth lap, a 1m43.509s had been the benchmark through the first 25 minutes, but the second runs proved considerably quicker for most. Dufek was only able to improve by 0.05s in the second stint, and dropped to 17th place.

Though Chovet was unable to improve further after going fastest, his time was not beaten in the remainder of practice. Ramos, who has moved to R-P-M from KIC Motorsport, was 0.059s behind in second place.

Aron was followed by title rivals Hadrien David and Gabriele Mini, whose fastest lap was a 1m42.911s which he set to top FP1. Victor Bernier, who was second in FP1, was the next driver in the combined timesheet and then it was points leader Beganovic and Tim Tramnitz.

Mini was only eighth fastest in FP2, and R-ace GP’s test topper Gabriel Bortoleto was 13th fastest overall in practice and 22nd in FP2.

Bortoleto’s team-mate Lorenzo Fluxa had led the way early in FP1 ahead of Beganovic, before Bernier came to the fore. Mini then took over at the top after 15 minutes, and improved several times but was shuffled down to fifth in the final minutes as Bernier returned to the top.

But as the chequered flag dropped, Mini jumped back to the top by 0.015s with a 1m42.911s lap. Esteban Masson and Nicolas Baptiste caused red flags to be waved during FP1.