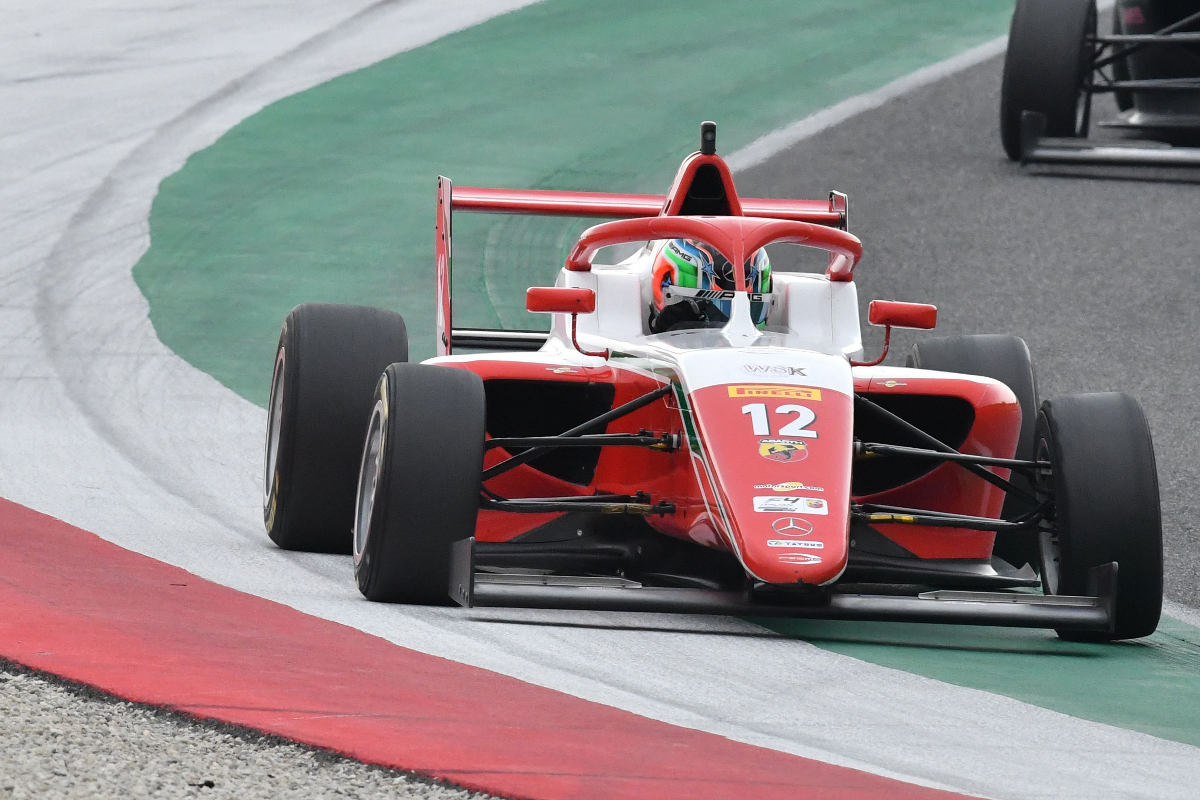 Prema’s Andrea Kimi Antonelli topped both Italian Formula 4 qualifying sessions at Mugello, although it is title rival Rafael Camara who will start on pole for the season finale.

Antonelli has pole for the first two races of the weekend, while Camara starts in front for race three courtesy of posting the fastest second-best laptime across qualifying. With a lead of 64 points and 75 available to score, Antonelli could clinch the title in Saturday’s opening race.

US Racing duo Alex Dunne and Kacper Sztuka set the initial pace in Q1, with Dunne almost a second clear of his team-mate when an off for Jef Machiels (Monlau Motorsport) brought out the red flags with just over seven minutes remaining.

At this point, none of Prema’s drivers were in the top 30. As running resumed, Van Amersfoort Racing trio Arvid Lindblad, Martinius Stenshorne and Brando Badoer moved into the places behind Dunne, who had lowered the pace to 1m48.464s.

Dunne was sat in the pits with two minutes still on the clock, when Antonelli put in a final flying lap to take race one pole with a 1m48.229s lap. His Prema team-mates Ugo Ugochukwu and Charlie Wurz will start from the second row after moving up in the closing stages.

With Alfio Spina beached in the gravel, Q1 finished with double waved yellow flags in sector two, preventing late improvements. As a result, Prema’s James Wharton and Conrad Laursen qualified 36th and 37th after having a late improvement disallowed for exceeding track limits.

In an incident-free Q2, Antonelli again left his fastest lap until the very end of the session, as he pipped team-mate Camara for race two pole by 0.086s.

US Racing again set the early pace, this time with Sztuka to the fore, before Camara moved to the front with just over five minutes remaining.

Sztuka held on to claim third, ahead of Dunne, Ugochukwu and Wurz, while Lindblad was the fastest VAR runner in seventh, once again just ahead of Bohra.

PHM Racing struggled to find any pace, its best-placed drivers being Nikita Bedrin (19th in Q1) and Taylor Barnard (18th in Q2).

Camara will be joined on the race three front row by Antonelli, with Ugochukwu and Sztuka on row two.