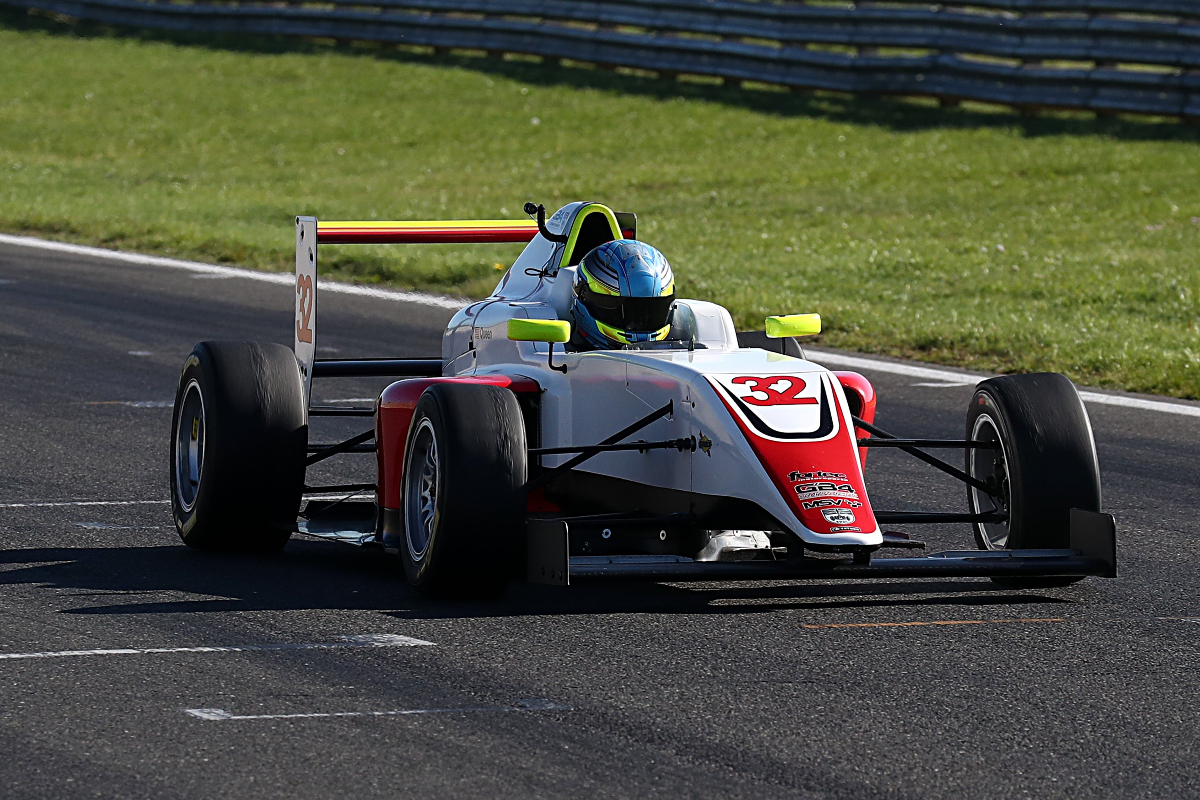 Colin Queen has received a £20,000 scholarship to be used on racing in GB4 in 2023 after winning a shootout for the top three teenagers in BRSCC National Formula Ford 1600.

The prize was created by GB4 promoter MotorSport Vision at the start of this year as it launched its new Formula 4 series, and with the BRSCC and Fortec Motorsports organised a shootout test this Tuesday.

“It’s truly a memorable experience. Just being awarded £20,000 definitely helps us financially in so many ways towards next season. What can I say?” Queen said after receiving the prize cheque on Friday evening at the FFord Festival.

“I’m so excited for everything: how it was put together and the opportunity that all three of us had. The car was amazing, it was really fun to drive, and I’m glad that I impressed everyone enough to win this. It’s truly great.

“Started off a bit slow in the first session, just learning how to get temperature in the tyres. I did a couple of laps on the sim back at Fortec’s headquarters, and I really liked it.

“When I got into the car, it was definitely a surreal experience and I think I improved quite quickly without the need for data analysis or much video. So I pretty much gave it my all. That’s pretty much how the day went.

“I did the rest of the day, that wasn’t part of the shootout and I learned a lot more after that, and I’m really glad to get a baseline on if really liked the car, and that was 100% true at the end of the day. And I’ll seriously be reconsidering my options for next year.”

Queen, who is also currently leading the United FFord championship, had his eyes on moving up the British single-seater ladder for 2023, with GB3 and GB4 under consideration.

“Next year I definitely wanted to do slicks-and-wings over here in Europe. GB4 was pretty much right up there, well number one, really. Just having this just secures it a bit more. Even though we were really planning on doing this, it just helps so much more.

“If I were to tell my seven-year-old self that I’d be here today, I’d be a bit starstruck. Grateful for all the opportunities.”