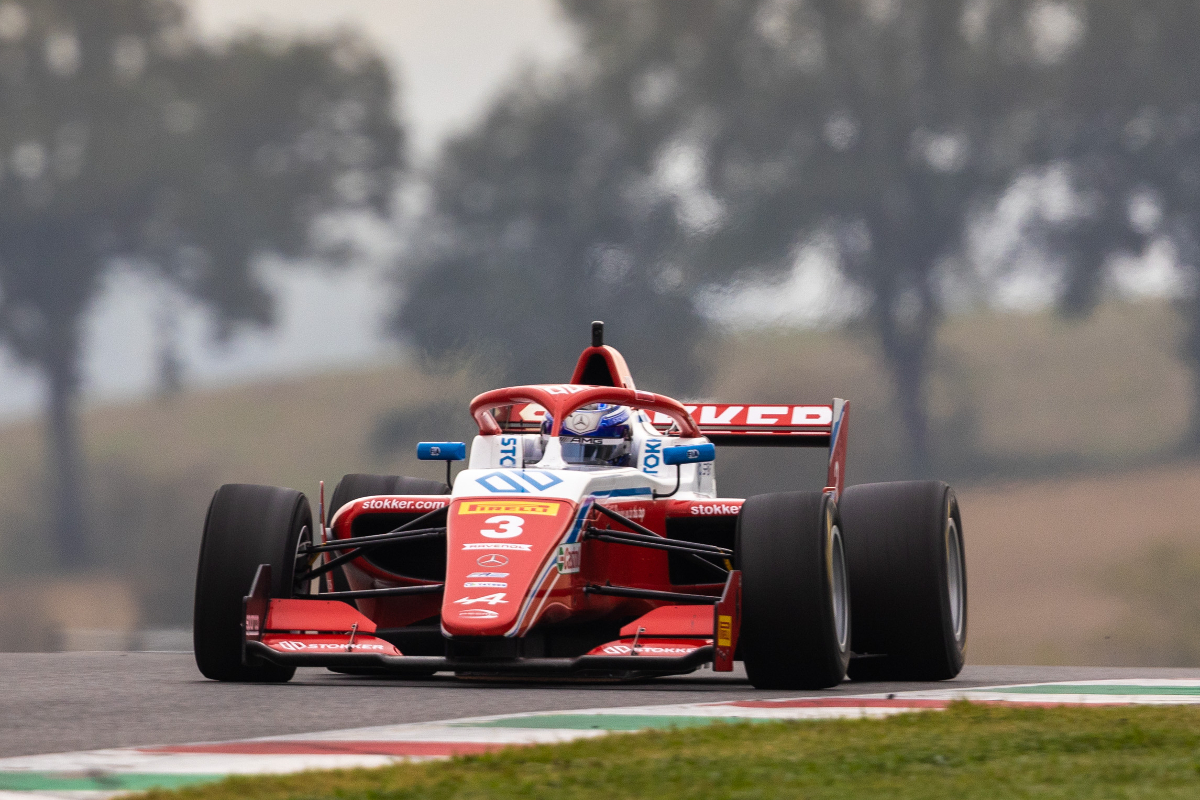 FA Racing’s Victor Bernier will start alongside the Mercedes-AMG Formula 1 junior on the front row, after coming out on top of a close battle with Trident’s Leonardo Fornaroli to top Group B.

Championship leader Dino Beganovic will start third and needs to finish fourth or higher to wrap up the title before the final race on Sunday irrespective of the outcome of the team’s appeal against his Paul Ricard disqualification.

However, the remaining title contenders Hadrien David (R-ace GP) and Gabriele Mini (ART Grand Prix) will go into the opening race of the weekend from the fifth and sixth rows respectively, giving them plenty to do if they are to overhaul Beganovic’s lead.

Aron headed the first session with his first flying lap, with team-mate Beganovic jumping up to second next time around, 0.248 seconds back.

Van Amersfoort Racing’s Joshua Dufek continued his strong recent form and will start from the third row, as he looks to rein in rookie classification points leader Fornaroli.

FA racing’s Nicolas Baptiste was a surprising fourth to take his best ever qualifying result, with VAR’s Kas Haverkort in fifth.

A spin from Race Performance Motorsport’s Owen Tangavelou at the fast double right-hander Arrabbiata brought out a late yellow, preventing any last-minute improvements.

Group B featured Bernier and Fornaroli battle for the top spot. Bernier went fastest on his fifth lap, before Fornaroli immediately posted a time 0.044s faster. However, Bernier improved on his next lap by 0.069s to regain the top spot.

As Bernier sat out the final minutes in the pits, Fornaroli was only able to improve by 0.007s and will start from the outside of the second row.

Monolite Racing’s rookie Maceo Capietto was third fastest in the group, ahead of the R-ace duo of Gabriel Bortoleto and David.

William Alatalo will start from the 12th row on his one-off return to FREC with KIC Motorsport.

R-P-M’s Pierre-Louis Chovet and Santiago Ramos were unable to maintain their strong pace from Friday’s free practice and will start from the eighth and 12th rows respectively.