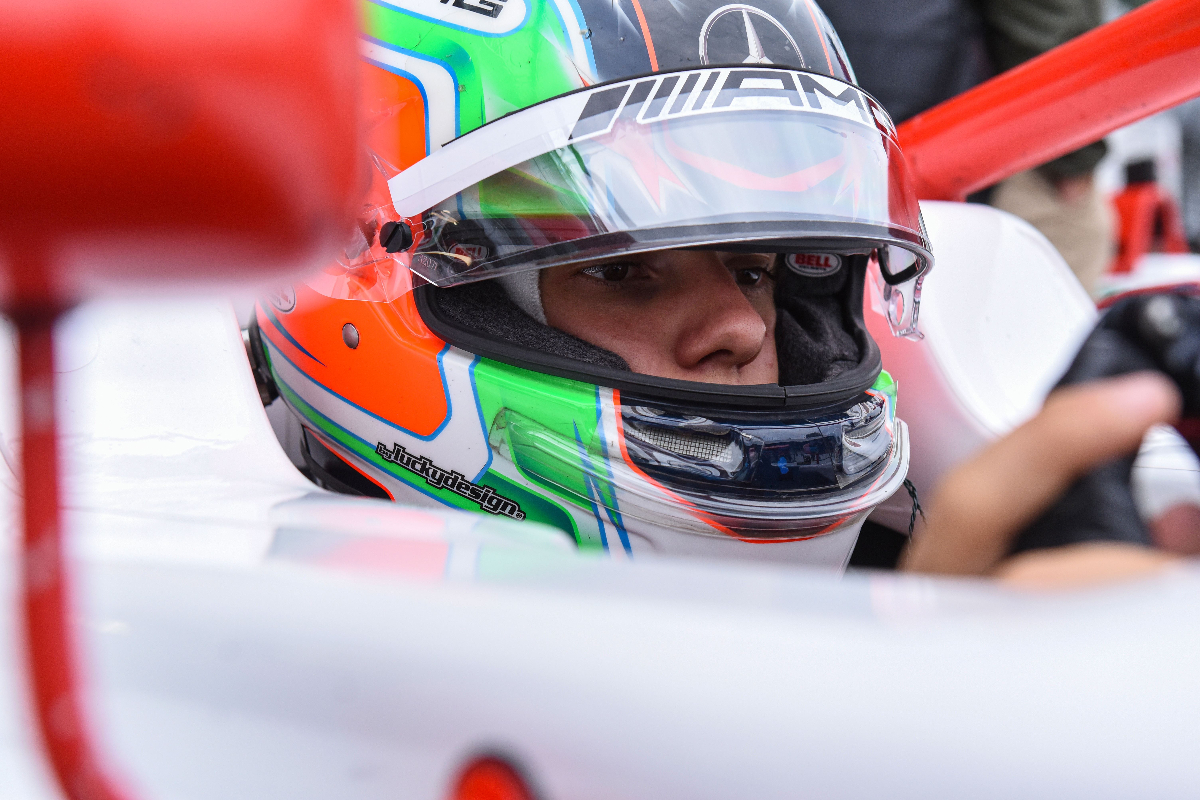 Antonelli went to the top for the first time halfway through the 40-minute session on Friday morning, with US Racing’s Kacper Sztuka and Prema team-mate Ugo Ugochukwu setting the pace prior to that. Ashkay Bohra, debuting with US this weekend, also made it to the top before Antonelli went quickest.

The pace continued to improve in the second half of FP1, and US drivers Sztuka and Nikhil Bohra were the first to lap in the 1m48s.

Prema then sent out its drivers together and Rafael Camara, Charlie Wurz and Antonelli moved into the top three places with 10 minutes to go. They improved again on their next lap, and Antonelli returned to the top with a 1m48.162s effort as Ugochukwu rose into fourth place.

Camara found the pace to improve again at the end but was 0.053s shy of Antonelli, who on his final lap then broke into the 1m47s to end practice 0.243s ahead.

Wurz and Ugochukwu were third and fourth, over half a second back, then Sztuka and the two Bohras filled the next three places. Conrad Laursen and James Wharton made is six Prema drivers in the top 10 by going eighth and ninth fastest.