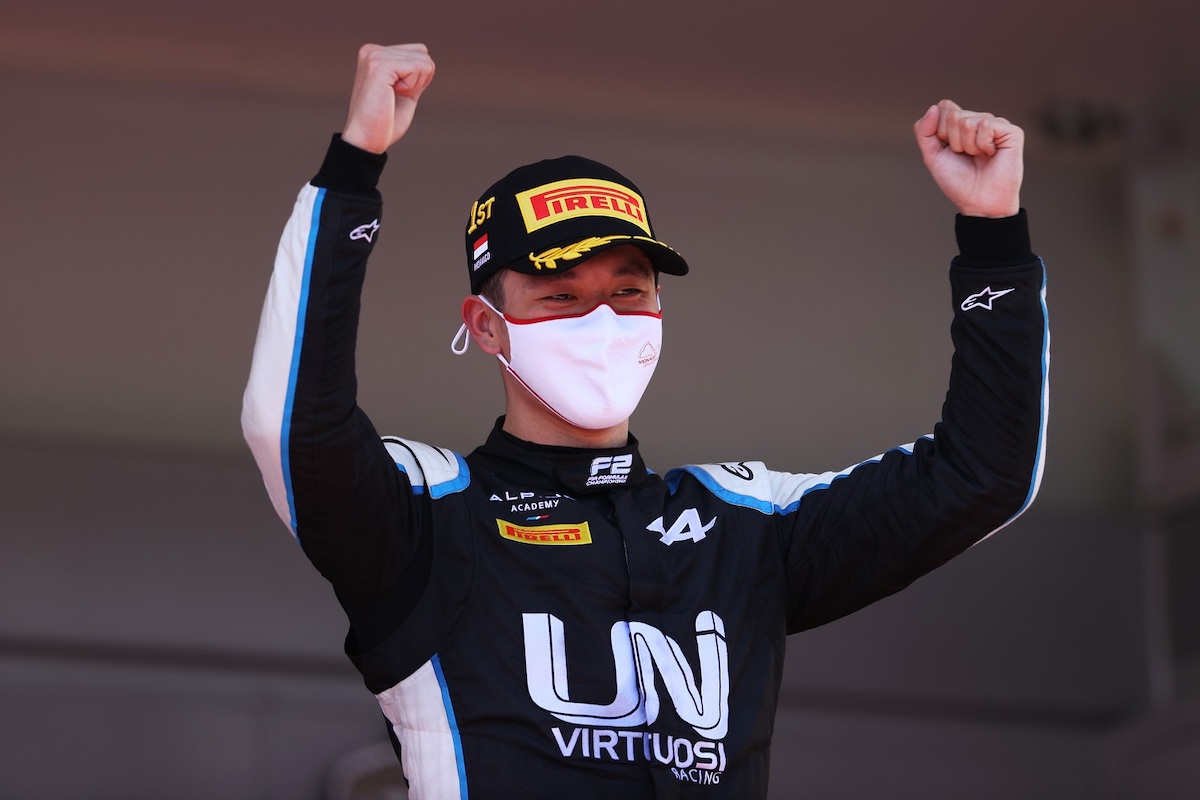 Guanyu Zhou will become the first ever Chinese to race in Formula 1 in 2022 as he joins Alfa Romeo Racing for next season.

The 22-year-old, currently a junior driver of the Alpine F1 team who has also served as its test driver for two years, will be team-mate to 10-time grand prix winner Valtteri Bottas who moves across from Mercedes.

Zhou will conclude his 2021 duties with Alpine, as well as contest the final two rounds of the Formula 2 season where he is battling fellow Alpine junior Oscar Piastri, before starting his preparations at Alfa Romeo.

“It is a privilege for me to start my Formula 1 racing career with an iconic team, a team that has introduced so much young talent into Formula 1 in the past,” said Zhou. Now the dream is reality.

“I feel well prepared for the immense challenge of Formula 1, the pinnacle of my sport, alongside a proven, world-class talent in Valtteri Bottas.

“Next year the target will be to learn as much as possible and as quickly as possible. To be the first ever Chinese driver in Formula 1 is a breakthrough for Chinese motorsport history. I know a lot of hopes will be resting on me and, as ever, I will take this as motivation to become better and achieve more.”

Zhou raced karts in his home country before moving his racing career to the United Kingdom. He won the Rotax Max Euro Challenge for Junior class karts in 2013, and came second in the Senior equivalent a year later.

He debuted in single-seater racing as a Ferrari junior with Prema in the Italian Formula 4 championship, and a triple win at Monza helped him to second in the standings.

For 2016 he stepped up first to the Toyota Racing Series, where he picked up a win with the crack M2 Competition squad, then moved into the FIA European Formula 3 championship.

There was a podium in just his second race but it was otherwise a tricky rookie season with Motopark, and a return to Prema for the next years resulted in a first series win and three pole positions.

During that time, Zhou also picked up a Formula E development driver role with Techeetah, as his career is supported by SECA which is part of a Chinese capital holdings company that owned the team.

For 2019 a step up to Formula 2 called, and a departure from Ferrari’s ranks to Renault’s. Zhou picked up a pole and five podiums as a rookie, and did even stronger in his sophomore campaign with the same Virtuosi Racing team, collecting a first win. There was no title challenge, something which has changed in 2021 as he already has three victories and a pole.

To ensure he earned the FIA superlicence points required for F1, Zhou also raced in Asian Formula 3 this year. He reunited with Prema to enter the Formula Regional-spec series, and became champion with four wins.

His F1 mileage so far includes private tests in older cars over the three years since joining Alpine (which rebranded from Renault for 2021), as well as driving in the official 2020 post-season test and in 2021 Austrian Grand Prix free practice.