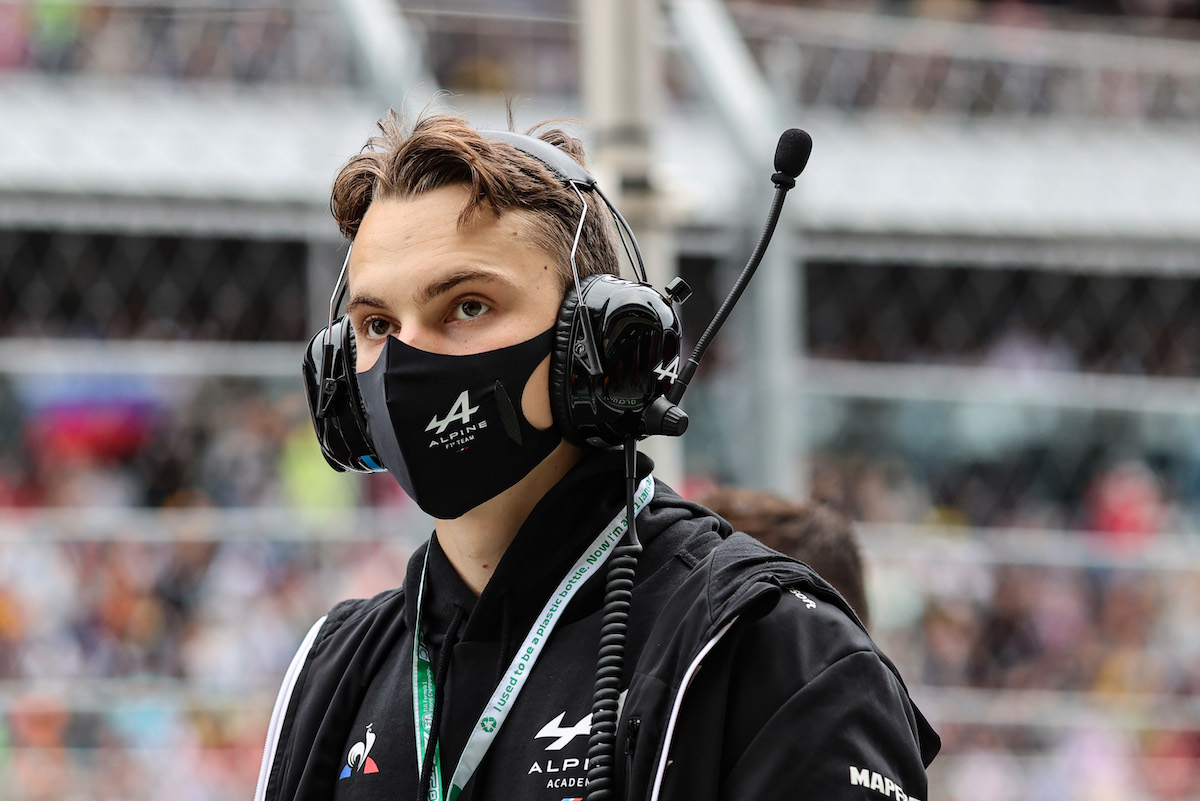 Formula 2 leader Oscar Piastri has been made the reserve driver for the Alpine Formula 1 team next year, as incumbent Daniil Kvyat departs the role.

Piastri is already part of Alpine as a member of its Academy, a position he has held off the back of winning the Formula Renault Eurocup and then the FIA Formula 3 Championship in consecutive years. He could make that three in a row in F2.

The Mark Webber-managed talent, who also has six British Formula 4 wins to his name, has enough points for an FIA superlicence which means he could race for Alpine in F1 next year if one of its regular drivers proved unavailable.

“I’m super excited to be joining Alpine F1 Team as reserve driver, said the 20-year-old Australian. “I’m looking forward to being much more involved with the team and contributing to its intended success next season.

“The reserve driver role is the next step towards my aim for a race seat in 2023, which is very exciting. I’ve proved myself in the junior formulas over the last couple of years and feel like I’m ready for Formula 1 now.

“Along with the trackside experience at race weekends, we will put together a substantial test programme in order to keep developing myself to grow even more prepared for a race seat.

“I’m very thankful to Alpine for their support. We’ve enjoyed two very successful seasons together in the Academy and I’m grateful for the faith they’ve put in me for this next step with an eye on a bigger future.

“My focus now is finishing the Formula 2 championship in the best possible way with Prema and I’m looking forward to being back in the car and pushing hard on track.”

Piastri goes into the final two rounds of the F2 season with a 36-point lead over fellow Alpine junior and the team’s current test driver Guanyu Zhou, who is expected to be announced as an F1 race driver for 2022 by Alfa Romeo Racing on Tuesday. Piastri had also been linked to that drive.

Each have three wins apiece, but Piastri has three poles and four fastest laps while Zhou has one of each of those.

“Oscar’s natural talent is clear to see, so we’re very proud and privileged to have him as part of our team as our reserve driver from next year,” said Alpine CEO Laurent Rossi.

“Not only does Oscar have the on-track skills, as demonstrated over the last couple of years in the junior categories, but also the maturity and composure that makes him really stand out from the rest.

“At Enstone, he has been a real asset to the team as he has aided the simulator and testing programme and I am certain he will continue to do so in his new role. The next step will be to consistently attend grands prix to fully integrate with the race team, learn what is expected of an F1 driver and be ready for when the opportunity comes.

“In addition, we look forward to having Oscar’s input and expertise in driving the team forwards next year. Oscar’s graduation highlights the success of our Alpine Academy and underlines its strength as one of the best young driver programmes in motorsport. We look forward to seeing our young talents continue to blossom through the years to come.”

With Zhou departing, and Piastri set to ‘graduate’ from the Academy by taking on the reserve driver role it may leave Christian Lundgaard as the most senior Academy member as he seems to be retaining his Alpine links as he moves from F2 to IndyCar.

Alpine also supports Victor Martins and Caio Collet in F3, which it is anticipated to do again in 2022, and it is rumoured to be signing a F3 frontrunner as they step up to F2 for next year.

Podcast: Jake Dennis on the racing steps that founded his FE path