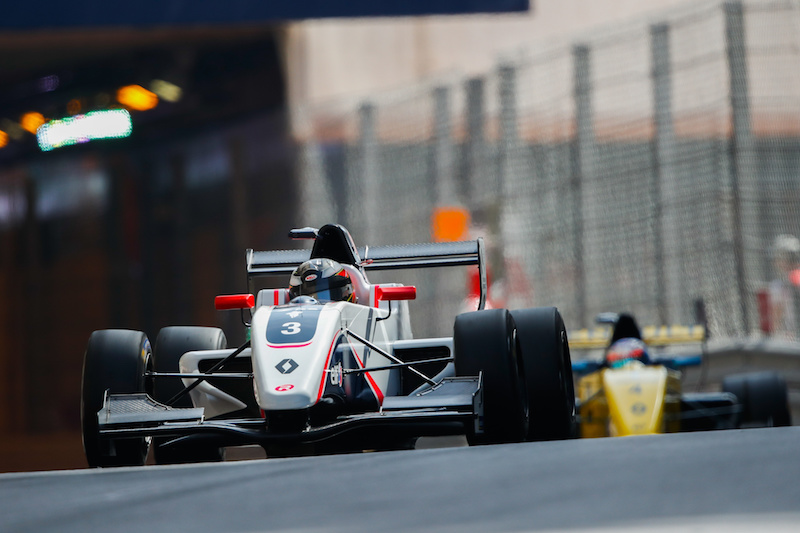 Charles Milesi picked up his second win in a week with a lights-to-flag victory in the second Formula Renault Eurocup race at Monaco.

Milesi enjoyed a quiet second half of the race, putting in a faultless drive to finish 1.6s ahead of Peroni and climb to third in the standings.

After passing Yifei Ye around the outside at the start, Victor Martins managed to close the gap to Peroni in the closing stages of the race. He finished just behind the race one winner to take his second podium of the weekend.

Thomas Neubauer, Axel Matus and Christian Hahn came together at the hairpin late in the race. Neubauer and Matus appeared to make contact ahead of Hahn and the Fortec driver had nowhere to go.

The trio were stuck on track as they attempted to point their Formula Renaults back in the right direction. Neubauer and Hahn eventually managed to continue, though Hahn did suffer damage to his front wing, but Matus couldn?t get his Renault started again and suffered his fourth retirement of the season.