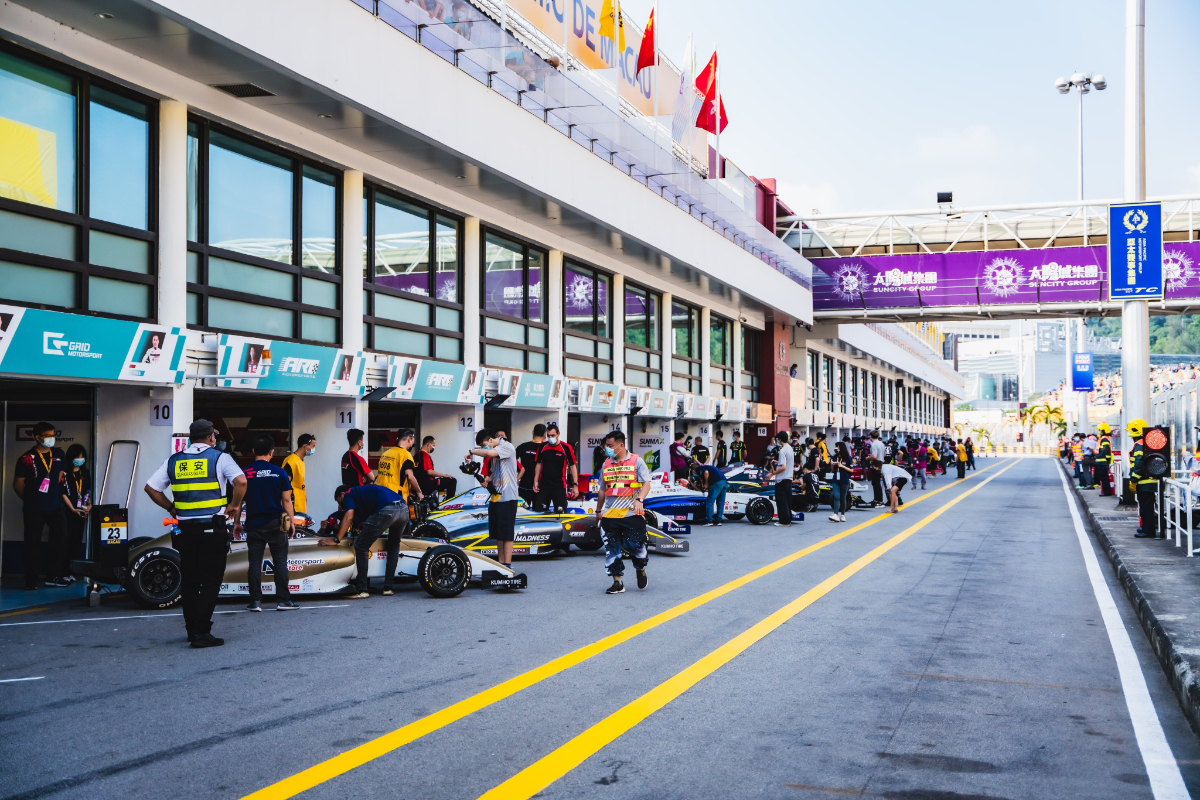 Charles Leong led a Macanese one-two in Chinese Formula 4 in the second free practice session for the Macau Grand Prix.

His compatriot Andy Chang set the early pace in FP2, with privateer Yang Liu providing the closest challenge through the opening 10 minutes of the 35-minute session.

Shortly after fellow privateer Hui Zheng got loose at Mandarin, hit the barriers and spun, but his incident didn’t require a red flag and those ahead of the Chinese driver were able to continue their flying laps uninterrupted.

This included Smart Life Racing’s Leong, who set a 2m33.460s to beat Chang and FP1 pace-setter Sicheng Li to top spot by just over a second.

Leong improved five minutes later with a lap that was faster by just 0.005s, while Chang got within 0.217s of his countryman.

The pace went down further, with Leong setting a 2m30.893s and then a 2m30.168s. He had just the fastest first sector of anyone when BlackArts Racing’s Yuanjie Zhu crashed heavily at the Faraway Hill right-hander in the mountain section, resulting in red flags that cut out the final eight minutes of action.

This meant Chang couldn’t rival Leong for first place, and the Chengdu Team driver’s best effort of a 2m31.784s put him 1.616s back in second place.

LEO Geeke’s Li was alone in third, 2.461s off Leong’s pace, after going down the Lisboa escape road late on when the track was at its fastest before the red flag.

Kang Ling (BlackArts) was fourth, with points leader Zijian He (Smart Life) edging Junjie Lu (Pointer Racing) and Liu – another to take to the escape roads – for fifth while Asia Racing Team’s Stephen Hong was shuffled down to a very distant ninth after being in the top five in the first half of the session.