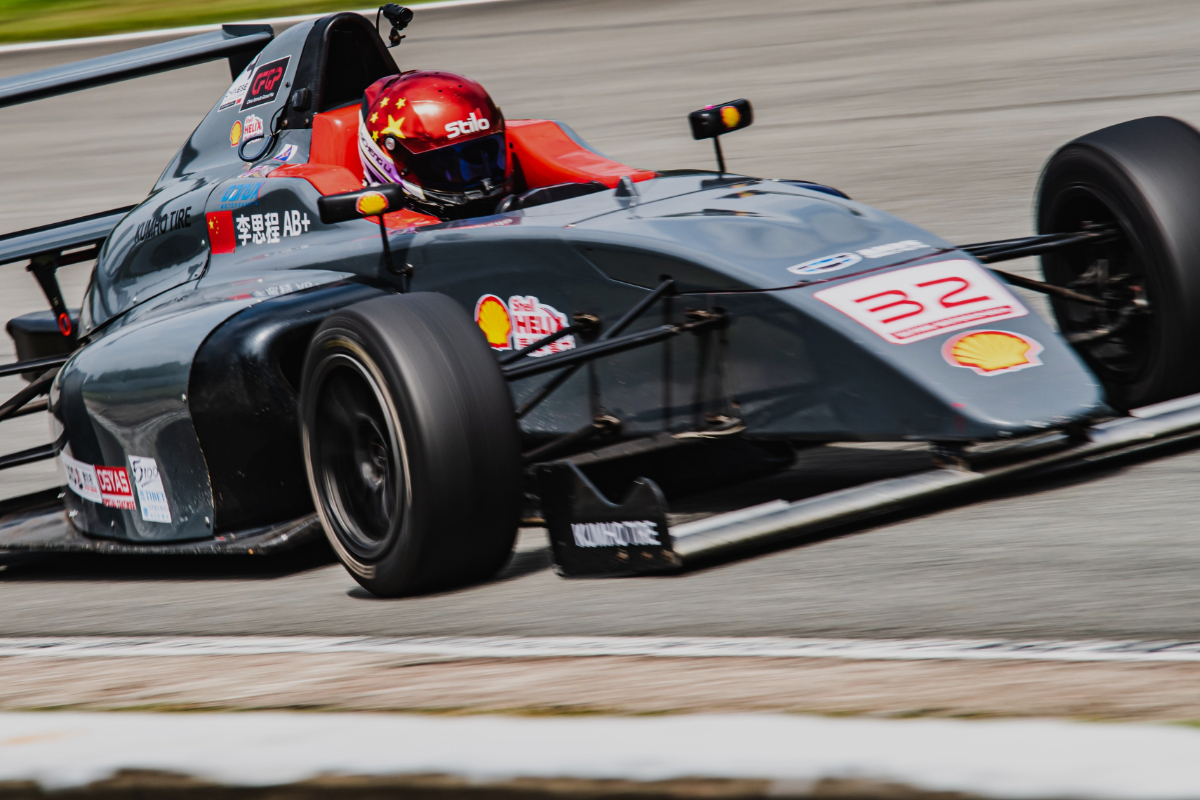 Sicheng Li put in a flurry of personal improvements in the final few minutes of opening free practice for the Macau Grand Prix to end the session in first place.

It was Chengdu Team’s Andy Chang who was first to set a flying lap on Chinese Formula 4’s first visit to the streets of Macau, and his second effort of a 2m45.117s stood as the early benchmark.

Yang Liu, the only other driver getting straight up to speed at that point, bettered it by almost three seconds almost 10 minutes into the 35-minute session, and it wasn’t until the quarter-hour mark that local driver Chang responded with a 2m41.509s to move back into first place.

LEO Geeke driver Li was now getting up to speed at this point, and he went fastest in the second and third sectors before jumping to the top with the first sub-2m40s lap just a minute later.

Chang improved to a 2m40.539s, but was over 2.2s off Li. A few minutes later points leader Zijian He moved into third with a 2m41.954s, while his Smart Life Racing team-mate Charles Leong – who is one of the event favourites – slid down the order as he only embarked on one flying lap before sitting in the pits until way into the second half of the session.

While Leong was still in pitlane, the track was getting faster. Li set a 2m37.405s with 15 minutes to go, then Chang replied with a 2m34.490s. The fastest first two sectors by Li then got compounded by traffic in the mountain section and meant his next improvement only brought him closer to Chang rather than past him, and the lap after that he got within 0.214s of him.

Li remained on track, and each of his remainding laps were an improvement on the last. After setting the session-topping 2m33.209s he was set to go even faster after personal bests in the first two sectors of the lap, but he instead chose to pit.

Chang couldn’t find more pace but remained second, and He was 4.107s back in third place. When Leong reappeared he did improve to seventh place, six seconds off the pace but 0.131s off being in fourth.

There was little in drama, with only a few offs down escape roads and Jing Zefeng being shown the black-and-orange flag.