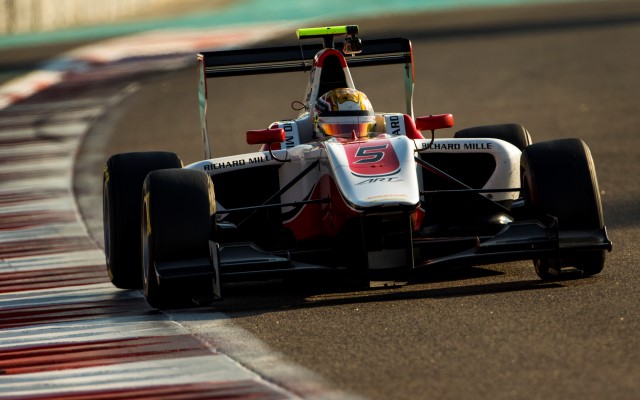 Charles Leclerc ended his maiden GP3 test by dominating the final day in Abu Dhabi, also topping the afternoon session with the best time of the week.

After trading places with fellow ART tester Alex Albon early on, Leclerc took control and brought his time down to a 1m54.571s.

That was over half a second better than he had gone during the morning.

Arden’s pair of Formula Renault 2.0 graduates Kevin Jorg and Jake Hughes were closest to the Monegasque ace, with the Swiss driver 0.22s off.

Former long-time team-mates Matt Parry and Jack Aitken were next up, ahead of Steijn Schothorst and Santino Ferrucci.