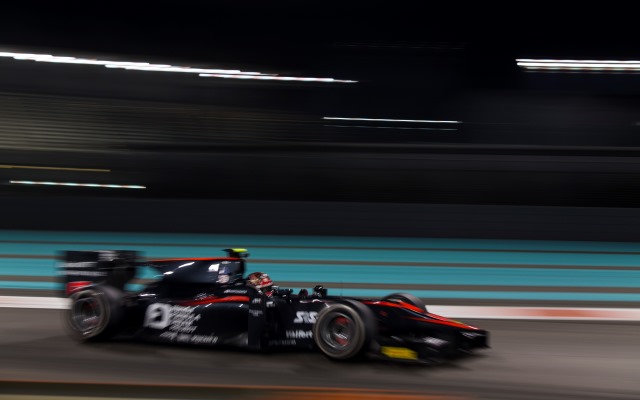 Nobuharu Matsushita defeated Nicholas Latifi in a final-session shootout at the end of GP2 post-season testing in Abu Dhabi.

Day one pacesetter Matsushita (ART) was just over a tenth quicker than day two leader Latifi (DAMS) to set the best time of day three.

He was half a second adrift however of beating Latifi’s benchmark for the week from Thursday.

Sergey Sirotkin ended a mixed maiden test in GP2 for the Prema team with the third best time ahead of Oliver Rowland (DAMS).

Morning time-topper Mitch Evans was fifth fastest, but was excluded after his Campos car was found to be underweight.

That promoted top newcomer Luca Ghiotto, who followed up his third place in the morning with another strong run for Rapax, followed up again by team-mate Andre Negrao.

Pierre Gasly didn’t run in the evening session as a result of the broken gearbox he suffered in his Prema car during the morning.