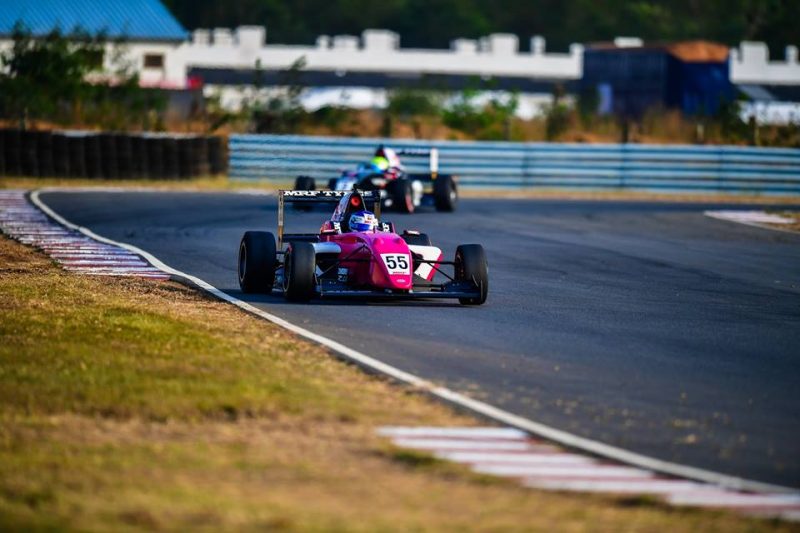 Jamie Chadwick has moved into the lead of the MRF Challenge standings by one point after a disappointing first two races at Chennai for rival Max Defourny.

The poionts battle between Chadwick and Defourny almost overshadowed a faultless race one drive by Patrik Pasma, who converted pole position to a near effortless win, with Michelangelo Amendola finishing second behind him.

Defourny had had a poor qualifying session and started eighth, then was held up at the lights by the faltering car of the debuting driver Linus Lundqvist, who dropped from third on the grid to last, although he did manage to scramble back up to eighth eventually.

Chadwick and Young?s fifth and sixth translated to the front row positions reversed for race two, with Chadwick quickly disposing of Young for the lead. Thereon she had little to worry about, as Defourny continued to struggle, finishing sixth but at least with fastest lap.

The Belgian was assisted by Lundqvist running wide ahead of him to snatch seventh, and then a mishap by the debuting Jack Doohan, who finished third in race one, to finish sixth. Doohan recovered to ninth place.

Andreas Estner put in a solid performance to finish third place, while his brother Sebastian crashed out. With three races to go, he remains the only driver other than Chadwick and Defourny still in title contention.