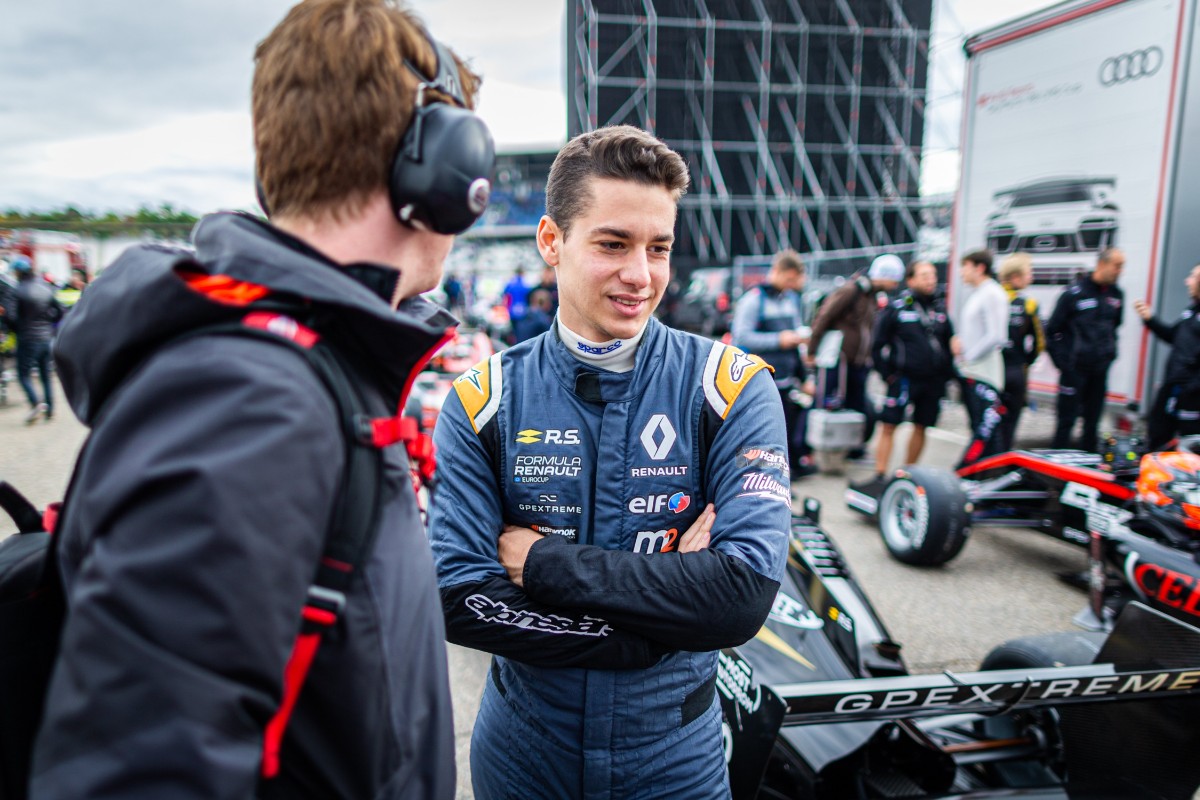 Esports specialist Bolukbasi entered the fourth and final round as points leader, and comfortably took pole in qualifying for race one.

He was 0.822 seconds faster than fellow Esports man Fabrizio Donoso, with a further 0.070s covering the grid back to Martins in fifth place.

Bolukbasi made a typically poor start, conceding the lead immediately to Donoso, while the bottom half of the grid was involved in a huge crash off the line.

Bhaitech’s Lorenzo Colombo moved into second before crashing at the second Degner Curve, and Martins passed Bolukbasi before the end of the lap.

The title rivals fought over second place for the first few laps, until a slow run through 130R for Donoso on lap five allowed Martins to make a DRS-assisted pass for the lead.

Donoso came back past on the outside of Turn 1 next time around, but touched wheels and fell to third behind Bolukbasi instead.

Bolukbasi was then attacking Martins for the lead, and tried a move at 130R two times in a row. His second attempt brought Donoso onto his gearbox, and the Chilean’s apex speed at the final chicane led to him spinning Bolukbasi around.

Donoso earned a drive-through penalty for the contact, which promoted Bolukbasi’s M2 team-mate Isack Hadjar to second. He initially closed in on Martins, but claimed rapid tyre degradation led to him slowing significantly on the final lap and conceding second place to his fastest lap-setting team-mate with two corners to go.

Bolukbasi went into the title-deciding race level on points with Martins as a result of the last lap pass, and put himself on pole by 0.495s.

This time he made one of his better starts, but still lost the lead to his rival. Martins then made a decisive error though 200R, opening the DRS and spinning to the back of the pack.

Bolukbasi found himself back in the lead, but was taking no risks and allowed Donoso through at Turn 1 on the second lap. He was already a safe second place, with Esports racer Nicolas Longuet and Hadjar crashing out while fighting over fourth – resulting in a big gap to the rest of the field.

With the title all but secured, Bolukbasi eventually started taking risks again. This culminated in reclaiming the lead from Donoso around the outside of Turn 1 on the penultimate lap to claim a “stressful” win.

Bolukbasi will move full-time into sportscars this year, but plans to make at least one FR Eurocup appearance after debuting in 2019.

Donoso held on to second and claimed fastest lap, and de Fulgencio was third.

Martins worked his way up to fourth, but had a messy race. He span at Degner 2 and collided with Charles Milesi on lap three, had a near-miss with team-mate Gregoire Saucy, and was penalised for punting Mahaveer Raghunathan late on.