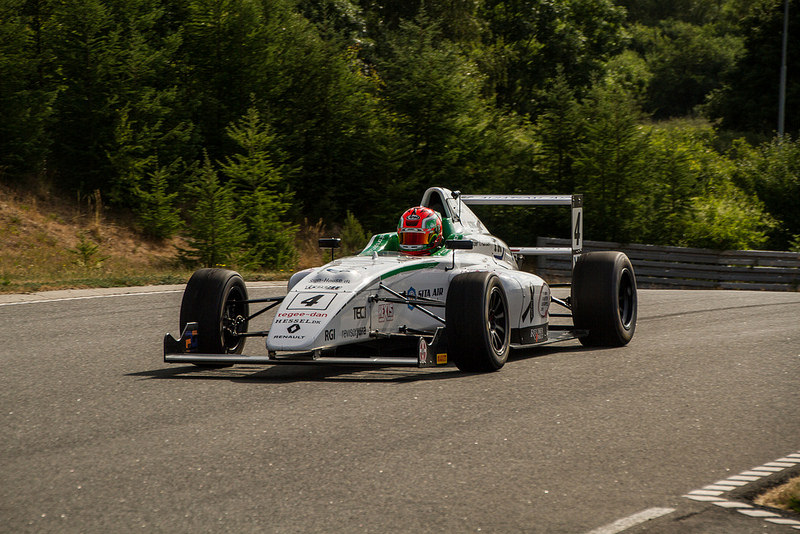 Despite a penalty in race three, it was Casper Tobias Hansen who was in control in the third round of the Danish Formula 4 season at Ring Djursland.

The top three held those positions throughout, with Valdemar Eriksen swapping places with Malthe Jakobsen to take fourth.

Lindhard Nielsen took a first overall victory in the second race, having won the F5 class once last season with a second place finish. The Lindhard Motorsport driver put in an impressive performance from reversed grid pole, looking comfortable up front as Hansen rose up the order.

The championship leader rose from eighth to sixth on the first lap, and made up another two positions on the next two laps. His progress from that point was slower, taking three laps to move up to third, and then only taking second on the penultimate lap of the 19-lap race.

He built up a three second lead over third place man Eriksen on the last lap, but was a sizeable six seconds off race-winner Lindhard Nielsen, who had actually been penalised for jumping the start.

Hoe equalled his season best result in fourth (in addition to the F5 win), ahead of the penalised Grundtvig, Magnussen Racing Experience’s Frederik Kikkenborg and Bramming. Harritz, Dias and Line Sonderskov rounded out the top 10.

Bramming won the final race of the weekend, although it looked likely to be another Hansen victory until he was handed a stop-and-go penalty for ignoring yellow flags. The penalty dropped him to sixth, and he could only gain one place back before the end of the race

Nielsen and F5 drivers Harritz and Hoe finished between him and the winner.

Hansen’s championship lead has grown to 78 points, with two points covering Grundtvig, Bramming and Nielsen in second to fourth.