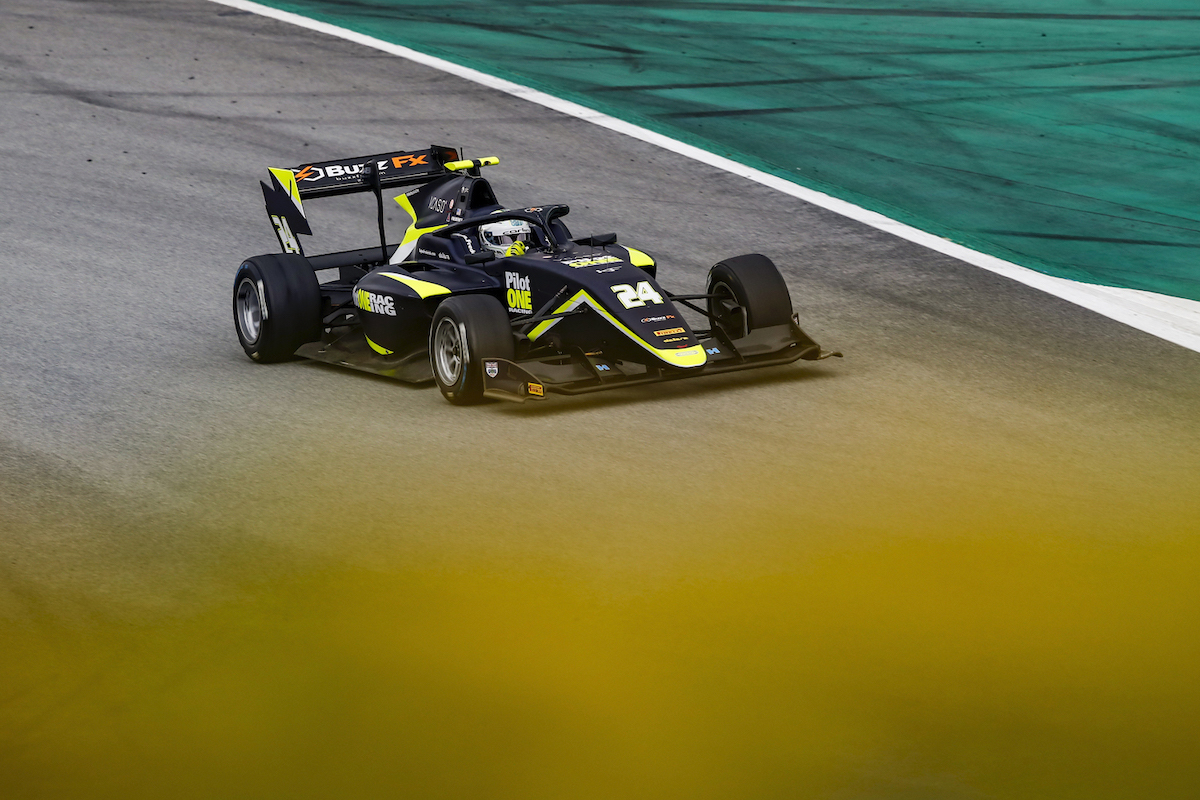 Carlin will field just two cars in the FIA Formula 3 Championship round at Spa-Francorchamps this weekend with Kaylen Frederick forced to miss a second round in succession.

Frederick had planned to return at Spa having been sidelined for the Hungaroring round because of a hand injury sustained in a collision at the Red Bull Ring in early July, but has now been ruled out after testing positive for COVID-19.

At the Hungaroring, Carlin drafted in Jake Hughes to drive Frederick’s car with the support of his usual sponsors, but the team says it will not replace the American driver at Spa. No other team members are affected by the positive case, however.

“I’m absolutely heartbroken,” said Frederick.  “Aside from being painful, the injury in Austria was such a blow as it meant I would miss Hungary.

“Thinking about being back for Spa really helped push me through the surgery and physio, all of which was designed to accelerate my recovery.

“To now have tested positive for COVID-19 is just agonising.  I don’t feel too bad, so I’ll just be sitting at home, but it will be awful to see everyone out in Spa without me.”

The Spa round is followed immediately next weekend by another at Zandvoort, and Carlin hopes Frederick will be recovered and test negative in time to compete there.

“This is such a blow for Kaylen,” team boss Trevor Carlin said. “He has been working so hard on making sure he was fit and healthy for this weekend in Spa, having already missed one race weekend.

“As soon as we are able to do so, we will start preparing with him on the sim and making sure he is in the best possible shape for Zandvoort.  I know how desperate he is to get back in the car and we wish him a speedy recovery.”