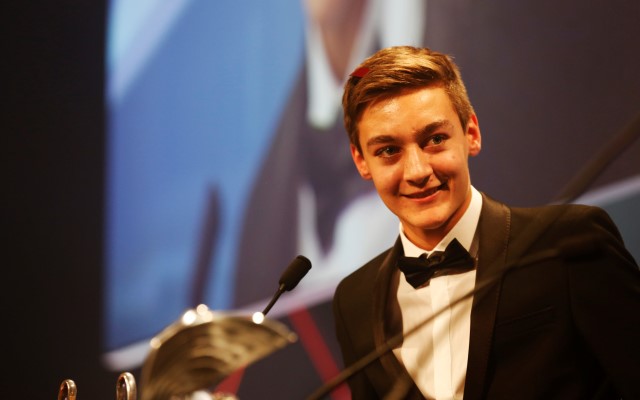 Carlin have confirmed that BRDC F4 champion and McLaren Autosport BRDC Award winner George Russell will step up to the FIA F3 European Championship with the team this year.

Russell, who turns 17 in February, tested with Carlin before Christmas as he assessed opportunities for his second season in single-seaters.

A double European junior champion in his karting days, he led much of the BRDC F4 standings in his rookie campaign. He also took part in Formula Renault 2.0 races on the continent, finishing fourth in the Alps standings and winning the final race of the Eurocup season as a guest entry.

“I am very excited to be starting the next chapter of my motor racing career with a team that has such incredible pedigree,” said Russell.

“My aim is to win races and championships and Carlin have plenty of experience in doing exactly that. To join the list of names that have driven for the team is a great honour and I am focused on making 2015 a strong year.?

Team boss Trevor Carlin said: “Despite his young age, George is very mature in the car and that?s one of the elements that most impressed us about him. His pace from the outset was very promising and there?s no doubt that he is ready for F3. He?s demonstrated great race craft and speed on his way to the BRDC F4 title last year and in the right environment we expect to see him flourish in Formula 3.”