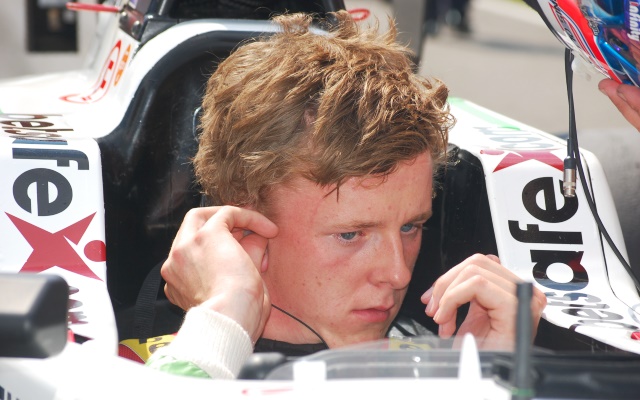 Eurocup Formula Renault 2.0 runner-up Dennis Olsen will continue in the series in 2015, joining the Manor MP Motorsport team for his title bid.

The 18-year-old Norwegian says that budget issues had prevented him making the step up to Formula Renault 3.5 as he had planned, after testing with the Strakka team at the end of last year.

He will therefore now remain in FR2.0 for a third year, and his second in the Eurocup.

With his old team Prema leaving the category over the winter, Olsen has signed with Anglo-Dutch team Manor MP, who took Oliver Rowland to the Eurocup runner-up spot in 2013 and Andrea Pizzitola to P4 last year.

?I am aiming for the championship for sure,? said Olsen.

?The plan was to try and move into Formula Renault 3.5 this season but we couldn?t find the budget, then we had a great chance to join Manor MP Motorsport for Eurocup Formula Renault 2.0.

“When I tested with the team it was very good, it rained so I didn?t get chance to try the car in the dry but it was a really great day anyway.

?I really like the atmosphere in the team and the way it works. I?ve spoken with guys like Rowland, Pizzitola and Steijn Schothorst and they all say how good the team is.

“The only way this year is to win the championship, there?s quite a lot more pressure on me this year but we definitely have a big chance to win.?

Team principal Sander Dorsman said: ?Dennis is a fantastic young driver with a huge amount of talent, we?re delighted he?s joined us at Manor MP Motorsport for 2015 and confident he?ll be challenging at the front from the start.

“It?s perfect to have our first Eurocup driver confirmed so early in the New Year and we plan to make further announcements soon.?

Ghiotto teams up with Trident for full GP3 season