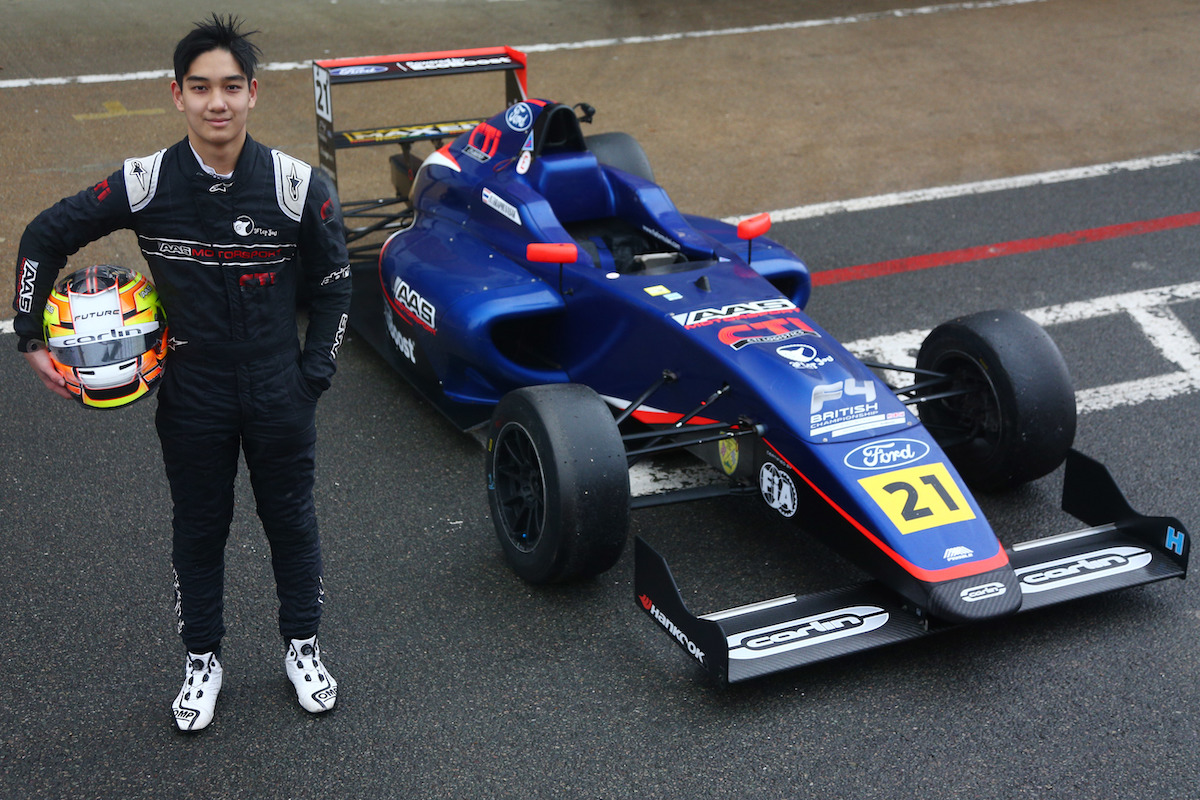 Carlin has completed a four-car British Formula 4 line-up for this season with the signing of Tasanapol Inthraphuvasak.

The Thai driver made his single-seater debut in the recent United Arab Emirates F4 season, where he took three podiums to finish fifth in the standings for Xcel Motorsport.

He previously took part in international kart events with the Kart Republic squad, and finished fourth in the IAME Asia Cup in 2020.

Inthraphuvasak has been preparing with Carlin over recent months and took part in the first official pre-season test at Brands Hatch on Monday when he ended the day fifth fastest.

“I’m very excited to be racing with Carlin this year in the F4 British Championship,” he said. “I know I will learn a lot over the coming season and that I have a great team around me to help push me.

“I really enjoyed starting the season in the F4 UAE Championship and know I already have a lot more experience than I did a few months ago.

“There will be lots to learn this year for example all of the circuits are new to me, but we will work together to be in the best shape possible for the start of the season. I can’t wait to get racing again.”

“It’s wonderful that once again the F4 British Championship is attracting drivers from outside the UK and outside Europe. It is the perfect environment for young drivers across the world to learn their craft and gain a huge amount of track time on a variety of circuits.

“Tern and his management are pushing to get as much track time as possible and his participation in the F4 UAE Championship will no doubt have helped him develop and improve his race craft. We look forward to working with him over the coming season.”

Inthraphuvasak is the 15th driver to be confirmed for British F4 this season, already matching the number that started the 2020 season. Two further drivers took part in the Brands Hatch test: Eduardo Coseteng with Argenti Motorsport and James Hedley with Fortec.