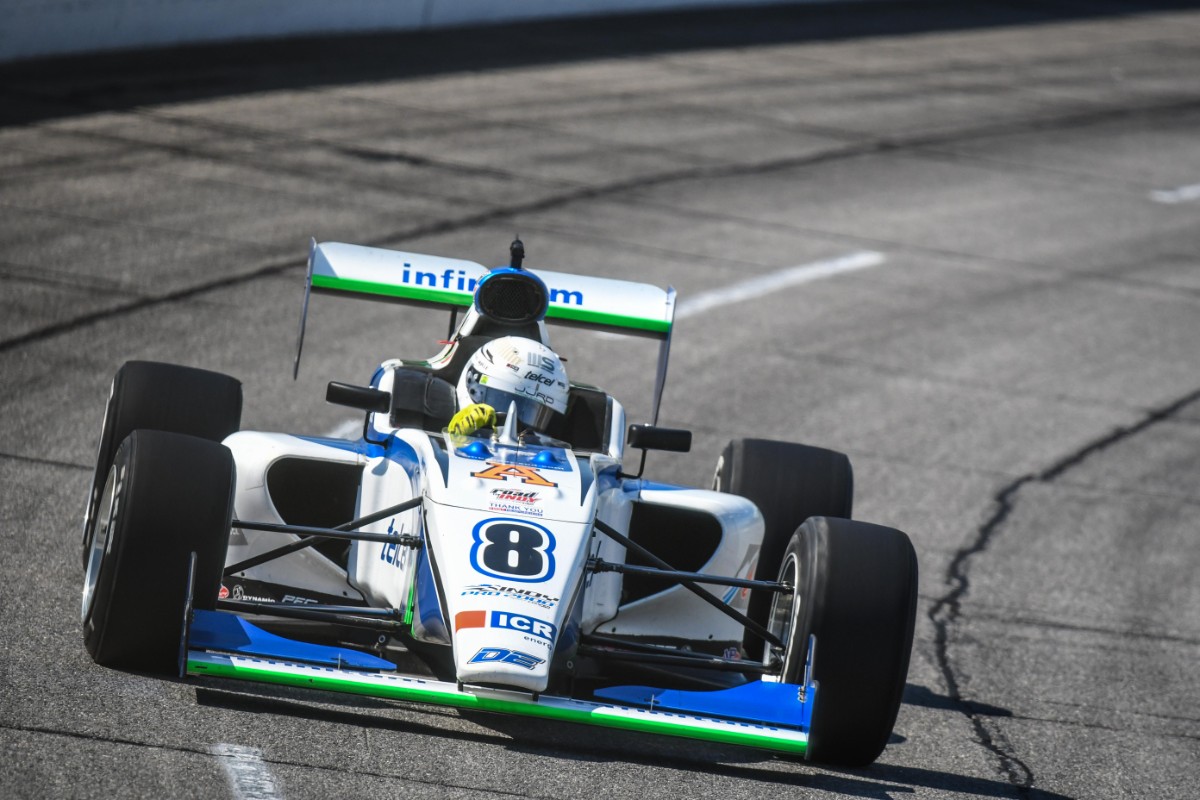 The 20-year-old Mexican first entered the Road to Indy with DEForce in 2019, when he finished sixth in USF2000. That year he also won the 2018-19 NACAM Formula 4 title, following two trying seasons in British F4.

Sulaiman then stepped up to IP2000 in 2020 and starred with two wins and three poles, again finishing sixth in the points.

“I’m looking forward to working with everyone on the team and achieving great results as we challenge for the championship.

“They have a lot of experience and had great success in the Road to Indy, so I am confident we will have a very strong year.”

Juncos has run the champion driver in four of the past seven years, and currently has a three-car line-up for 2021 with USF2000 race-winner Reece Gold and Formula Regional Americas racer Kyffin Simpson signed alongside Sulaiman.

“Manuel brings a lot of great talent to our line-up and we are confident he will be one of the top drivers contending for the 2021 championship.

“He showed great speed and pace on track last year, so we are looking forward to beginning our work with him and taking him to the next level.”

Former IP2000 racer Antonio Serravalle has teased online that he will be testing at Barber Motorsports Park next week in an Indy Lights car, having missed out on racing in the series with HMD Motorsports in 2020 after the season was cancelled.

The 18-year-old entered the FRegional Americas season opener once his Indy Lights plans evaporated, but other than that did not race. He is tipped to make a Road to Indy competition return this year.