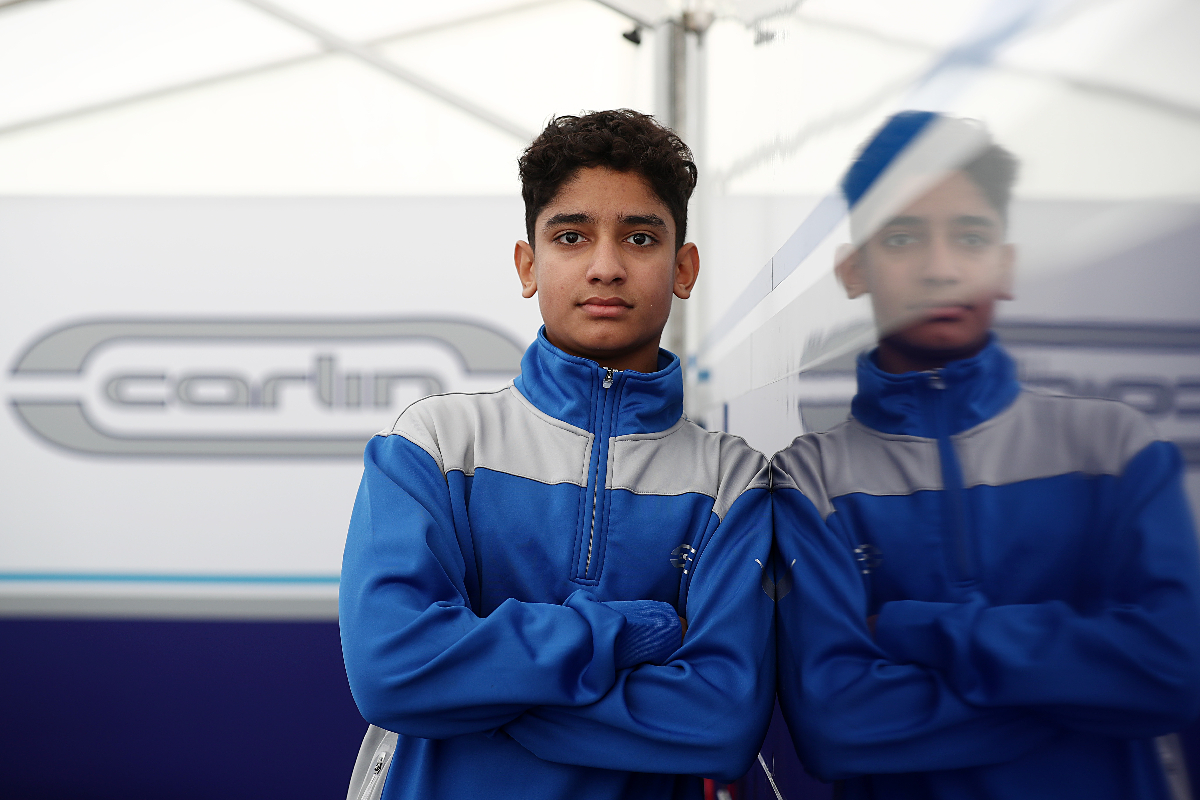 Carlin has announced karter Dion Gowda as the first driver in its 2023 British Formula 4 squad.

Gowda has been racing with crack karting team Ricky Flynn Motorsport for the past two seasons, and will make his car racing debut next year.

He has already begun testing in Formula 4, doing two Spanish F4 tests with Monlau Motorsport in July and also testing with Chris Dittmann Racing in England several times. Since then he has worked in Carin’s simulator to prepare for British F4.

“I’m hugely excited to join Carlin for my F4 racing debut,” said Gowda. “Carlin is one of the most successful racing teams in the world, so of course I was thrilled to confirm my place with them in British F4.

“I have built a great relationshipw ith the team already and preparations for 2023 are well underway. There will be a lot to learn in my first season stepping up from karting but I’m confident we will be competitive and I can’t wait to go racing.”

The Indian-born racer has competed under a Singaporean license in karting, including representing the country in the FIA Karting Academy Trophy, and is part of the Kokoro Performance stable that Zak O’Sullivan and Kyffin Simpson are also in.

Gowda graduated to senior karting this year but has lacked results, with 29th in the WSK Super Master Series being his best programme. He was far more successful on OK-Junior karts, which he raced on between 2019 and ’21, coming fifth in the Academy Trophy, eighth in the Champions of the Future series and WSK Champions Cup, ninth in the CIK-FIA World Karting Championship and 13th in the WSK Open Cup.

“Dion is a very promising young driver with exactly the right attitude,” said Carlin’s racing director Trevor Carlin. “He’s keen to learn as much as possible at every test and has a fantastic approach both inside and outside the car.

“For every rookie there is a lot to learn in the first season of single seaters but we’ve no doubt that Dion will adapt well to that challenge and be a great asset to the team.”

Carlin has a proven track record in British F4, most recently running Ugo Ugochukwu to the rookie title and Ollie Gray to second in the overall standings in the 2022 season.