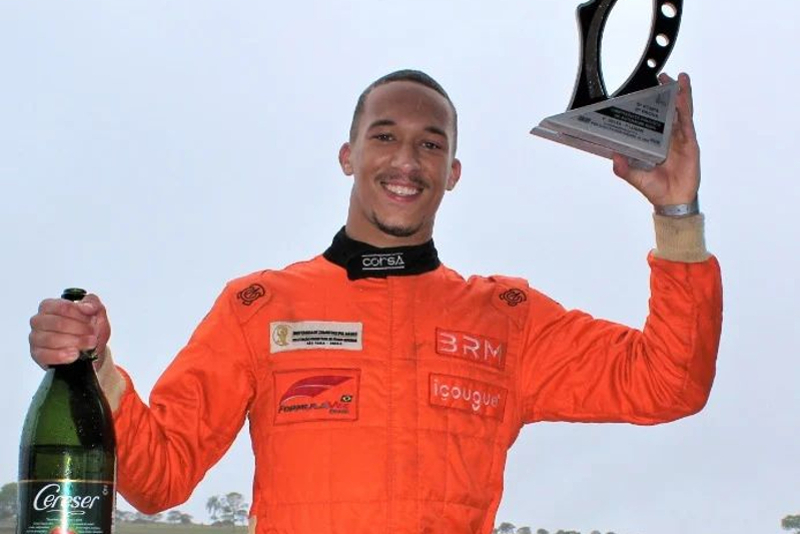 The first ever Team Brazil scholar has been chosen to compete in this month’s Formula Ford Festival at Brands Hatch.

Inspired by the Team USA Scholarship that has run each year since 1990, and similar schemes in Canada and New Zealand that have also brought young drivers to race in British single-seater events, the inaugural edition of Brazil’s scholarship was supposed to take place in 2021 and provide a fully funded drive in the FFord Festival with the Swift Cooper team.

However it was postponed to 2022, with Brazilian drivers aged between 16 and 25 eligible to enter. Six finalists were shortlisted from those who applied, and the two judges – Formula Chevrolet Brazil champion Djalma Fogaca and Classic Formula Ford champion Adriano Medeiros – then chose the winner. The brains behind the scheme is Vera Lyra Oliveira Dos Santos, who began working in FFord racing in the UK in 2020.

Announced as the inaugural winner last week was 19-year-old Wallace Martins, a Formula Vee champion in Brazil and a race-winner in the halo-shod Formula Delta Brasil series.

His prize drive will include the three-day pre-event test immediately before the Festival and a trip to the iZone Performance Centre for time on its simulator.

“Thank you so much to everybody who entered the Team Brazil Scholarship! There were so many good drivers, it was such a difficult decision for us and our judges Djalma and Adriano to make,” Team Brazil said in an Instagram post after announcing Martins as its 2022 scholar.

The other five finalists were Team Brazil iRacing Festival victor and FVee race-winner Gustavo Ariel and Leo Rufino, who were already selected as finalists for 2021, established karter Rodrigo Vieira, who made it into the shortlist as a direct result of winning the AMIKA Winter Tournament for karts, and F1600 racers Andrew Neves Maciel and Lelio Assumpcao.

The FFord Festival runs to a shooutout format of heats, last chance races, semi-finals and then a final, and takes place on October 22/23. Brazil has had three winners: Chico Serra (1977), Roberto Moreno (1980) and Niko Palhares (1989). IndyCar race-winner Moreno returned to the Festival last year in the same car he had driven during his junior career.