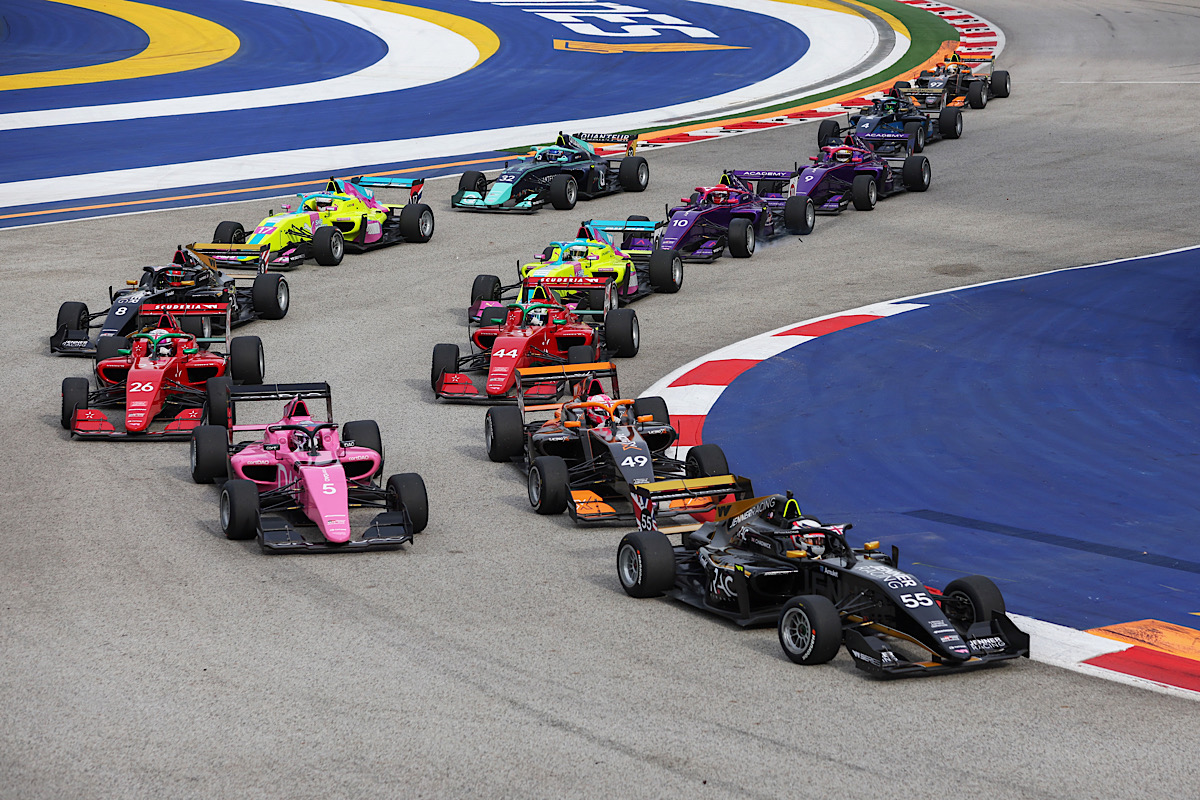 The W Series season has been curtailed for financial reasons with its three final races cancelled and Jamie Chadwick declared champion for the third time.

Reports of financial problems threatening the end of the 2022 campaign surfaced prior to the most recent event in Singapore, and on Monday the series confirmed its United States Grand Prix support race and Mexican GP double-header will not go ahead.

It said that, with funding from a contracted investment having not been received, the decision had been taken to cancel the costly trip of North America and focus on raising funds that would allow the series to continue in 2023.

“As a start-up in only our third season of racing, we are always working hard to ensure regularity of funding as we continue to grow our business, but due to recent unforeseen circumstances outside of W Series’ control, we had not been in receipt of contracted funds due to us,” said W Series CEO Catherine Bond Muir.

“We have worked hard to raise the required funding to enable us to finish the season. Unfortunately, it was not possible to do this in the short time frame required following the failure of contracted funds to arrive and the global economic downturn.

“However, while we are all incredibly disappointed that this decision has had to be made in the short term, we remain positive about the future of W Series in the long term. It is well-documented that women’s sports receive far less funding than its male counterparts, and W Series is no exception. We are incredibly thankful for the help and support we have received in recent weeks following the news of the financial difficulties we’ve been facing, which has accelerated our fundraising process and given us great optimism as we look to 2023 and beyond.

“While we aren’t in a position to make a formal announcement yet, there are many positive conversations ongoing and all parties share our passion for and belief in our mission to provide our incredible field of women drivers a platform to showcase their talents and to race in front of enthusiastic fans all around the world. We are doing everything we can to ensure the long-term financial health of our business and we look forward to W Series’ continued growth and success.”

Chadwick had shown some of her most dominant W Series form yet this season, winning each of the first five races. Despite crashing out in Singapore, she was still 50 points clear of nearest rival Beistke Visser with a maximum of 75 left on the table before the cancellation of the final three races. She has tested recently in Indy Lights with Andretti Autosport as she looks to move on after four years racing Formula Regional machinery.