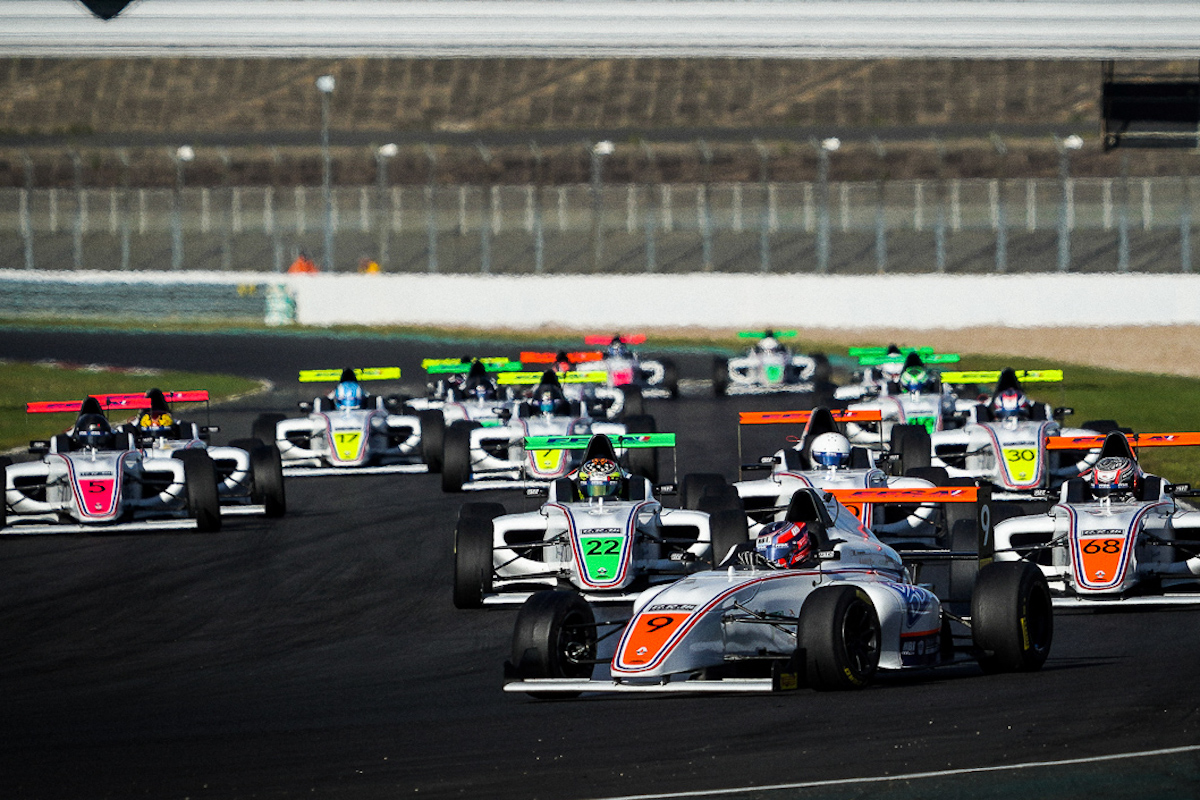 The French Formula 4 championship battle between Maceo Capietto and Esteban Masson ended with them colliding on the last lap of the last race at Magny-Cours, handing Hugh Barter the race win.

Capietto and Masson were essentially level on points coming into the final weekend of the season, but Masson looked good to come out on top after he claimed a double pole position in qualifying and converted the first into victory in race one.

However, Masson was then a first-lap retirement in the reversed-grid second race, which Capietto finished second to reclaim the overall points lead.

Still, Masson appeared on course to win the title as he led the third and final race from pole, even though it had to be restarted following a red flag to clean up a start-line accident in which the stalled Gael Julien was collected by Angelina Favario.

Initially Masson was 1.253 seconds clear after the first racing lap, but he was soon reeled in again by fellow front-row starter Barter and they went side-by-side on the fourth green-flag lap, which allowed third-placed Capietto to close back in.

The front two then pulled away once more, but as the difference between Masson and Barter came back down to 0.36s going onto the final lap, Capietto had closed up to a similar gap behind.

This presented the opportunity for Capietto to try and save his championship hopes with a last-lap move. The ensuing contact left rival Masson unable to continue. Capietto made it to the finish line in 13th and last position, meaning neither driver scored points.

As a result, both drivers provisionally drop this weekend from their total points tallies as their lowest-scoring three-race events, making Capietto the overall French F4 champion for 2021 by seven points from Masson.

Even before the incident, Capietto had been on course to at least win the FIA classification, counting only those drivers aged 15 and over the start of the season and not awarding bonus points for pole positions or fastest laps.

With pictures from the race weekend not being broadcast, it remains to be seen what if any action the stewards will take following the incident.

The victory inherited by Barter is his second of the season and first since the opening round at Nogaro, and cements his third place in the standings ahead of Daniel Ligier, who came through to finish third behind the junior champion Alessandro Giusti.