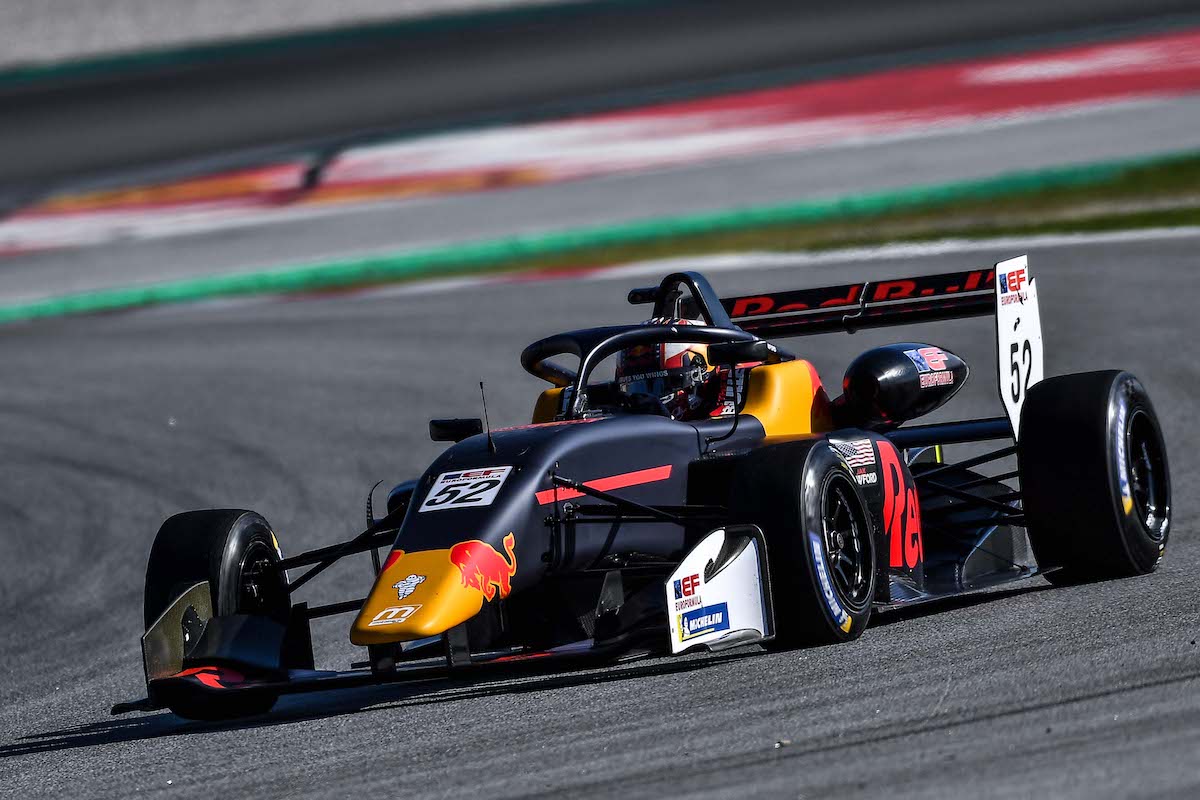 Jak Crawford rounded out the 2021 Euroformula season with his eighth win, giving him more victories than champion Cameron Das, whom he beat to the flag at Barcelona.

Crawford started the final race of the season from pole position and led away to assert a lead early on as team-mate Das climbed from fourth to second.

From there, he was able to keep the gap at 1.2 seconds initially, before opening that up to 2.4s as the race progressed.

CryptoTower Racing’s Louis Foster rounded out the podium after starting second to secure the runner-up spot in the championship, ahead of Van Amersfoort Racing’s Cem Bolukbasi.

Motopark’s Christian Mansell started third but almost stalled and dropped back a couple of positions. He finished fifth, while Carlin’s Enzo Trulli’s podium streak concluded as he finished sixth.

Villagomez’s race was not without incident, however, as he banged wheels with CryptoTower’s Filip Kaminiarz on the front straight and then again at Turn 1, sending the latter into a spin.

He stalled but was able to continue. He went on to finish last behind BVM Racing’s Francesco Simonazzi, who also had an off-track moment.

Drivex duo Enzo Scionti and Dexter Patterson, and Carlin’s Brad Benavides – the latter having a wide moment while in contention for points – were those in positions 12th through 14th.