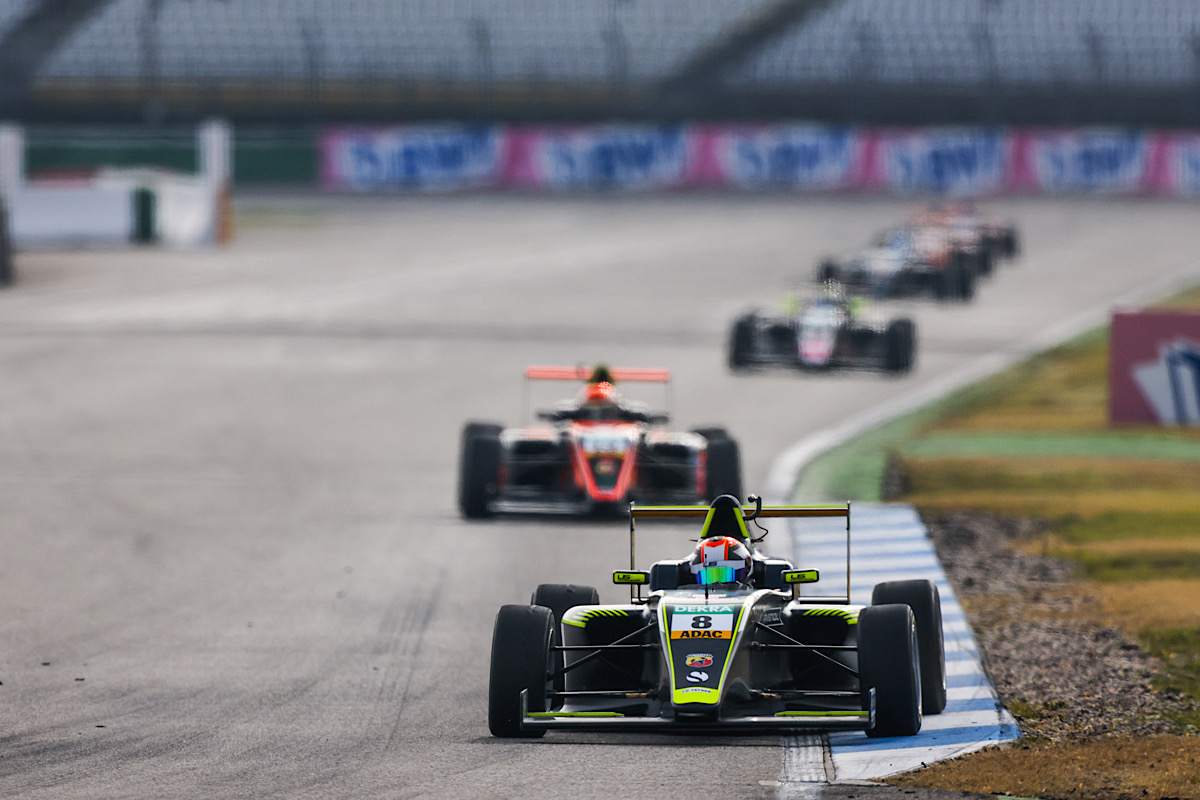 Luke Browning bounced back from a difficult weekend at Hockenheim to take his second win of the season in ADAC Formula 4.

The US Racing driver was able to hold off a charging Joshua Dufek from Van Amersfoort Racing in the closing stages to take the flag by 0.8 seconds.

Starting from fourth on the grid in the reversed-grid third race Browning made a strong start to move up to second behind poleman Sami Meguetounif of R-ace GP on lap one, before making his move for the lead at the hairpin on lap three.

Despite briefly ceding the lead to Dufek, who had taken advantage of the duel in front to move ahead of both, Browning quickly reasserted himself at the front and was never headed.

Dufek closed the gap to Browning to 0.6s in the second half of the 18 lap race. He attempted a move for the lead on the penultimate lap, the two cars running side-by-side from the hairpin through the following left-hander before Dufek ran wide at turn 8, giving Browning some breathing space.

After gaining three places at the start from his seventh place on the grid, Ollie Bearman had a quiet race in third place once he had managed to pass Meguetounif on lap five. Though he closed onto the tail of Dufek at the finish, he was unable to challenge his VAR team-mate.

Bearman was followed home by Browning’s US Racing team-mates, Alex Dunne and Tim Tramnitz. Both required a number of laps to get clear of Victor Bernier and Meguetounif, but having done so, were then unable to make any inroads on those in front. Indeed, Meguetounif was able to hold onto Tramnitz to the finish to take sixth position.

Nikita Bedrin started from the pit-lane following a problem on the formation grid, but spent most of the race on his own at the tail of the field.

Bearman goes into the final round at the Nurburgring on 6-7 Novermber having managed to extend his championship lead again to 23 points.