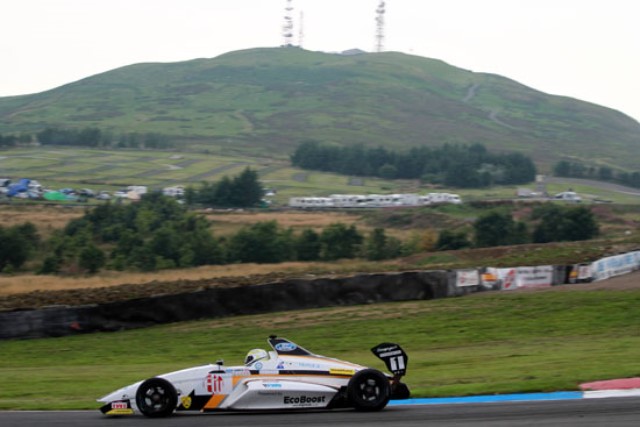 Dan Cammish was made to work hard to record his 20th consecutive victory of the Formula Ford GB season in race two at Knockhill by rookie Nico Maranzana.

Maranzana started from pole – only the second time this year Cammish did not line up first – made a superb start and opened up a two second gap over the opening five laps.

Cammish came back and stole the lead around the outside of the hairpin at the end of lap 14, only for Maranzana to reclaim the place later on the following lap.

On lap 16 Maranzana hit a kerb and went off and Cammish was able to slip through, opening up a 1.7 second lead before the chequered flag.

Harrison Scott ran third throughout, while Sam Brabham was fourth after getting by Jayde Kruger at the start. Juan Rosso had to start from the back after stalling on the green flag lap but came through to sixth, passing Andy Richardson, Camren Kaminsky and James Abbott.