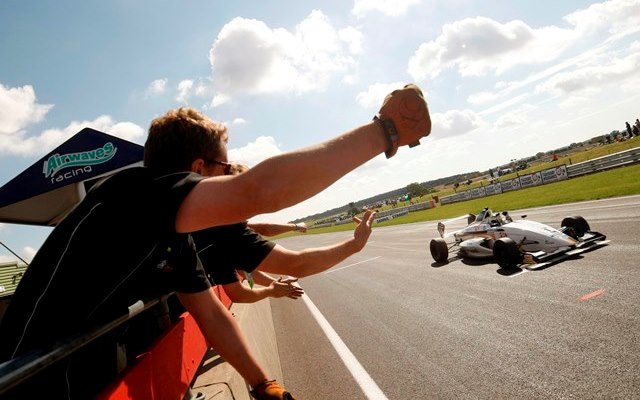 Dan Cammish stretched his 100 per cent record in Formula Ford GB to 18 races as he completed another perfect weekend at Snetterton.

As before, he led from pole position and quickly built up a healthy advantage over those behind. It would be his most dominant win of the weekend, finishing with a 12 second margin over second-placed Harrison Scott.

Sam Brabham finished two seconds behind Scott to claim his second overall podium in Formula Ford. He took the position on lap three, when both Jayde Kruger and Nico Maranzana went off on oil dropped by the car of Connor Mills.

Camren Kaminsky spent much of the race in fourth until he was passed by Juan Rosso. The American was still set for fifth until contact as he defended from Kruger at the very last corner of the race. Andy Richardson capitalised to steal fifth ahead of Kruger, while Kaminsky failed to finish.

Zaid Ashkanani?and James Abbott finished seventh and eighth respectively, with Maranzana ninth after he spun trying to take Kaminsky on the penultimate lap.