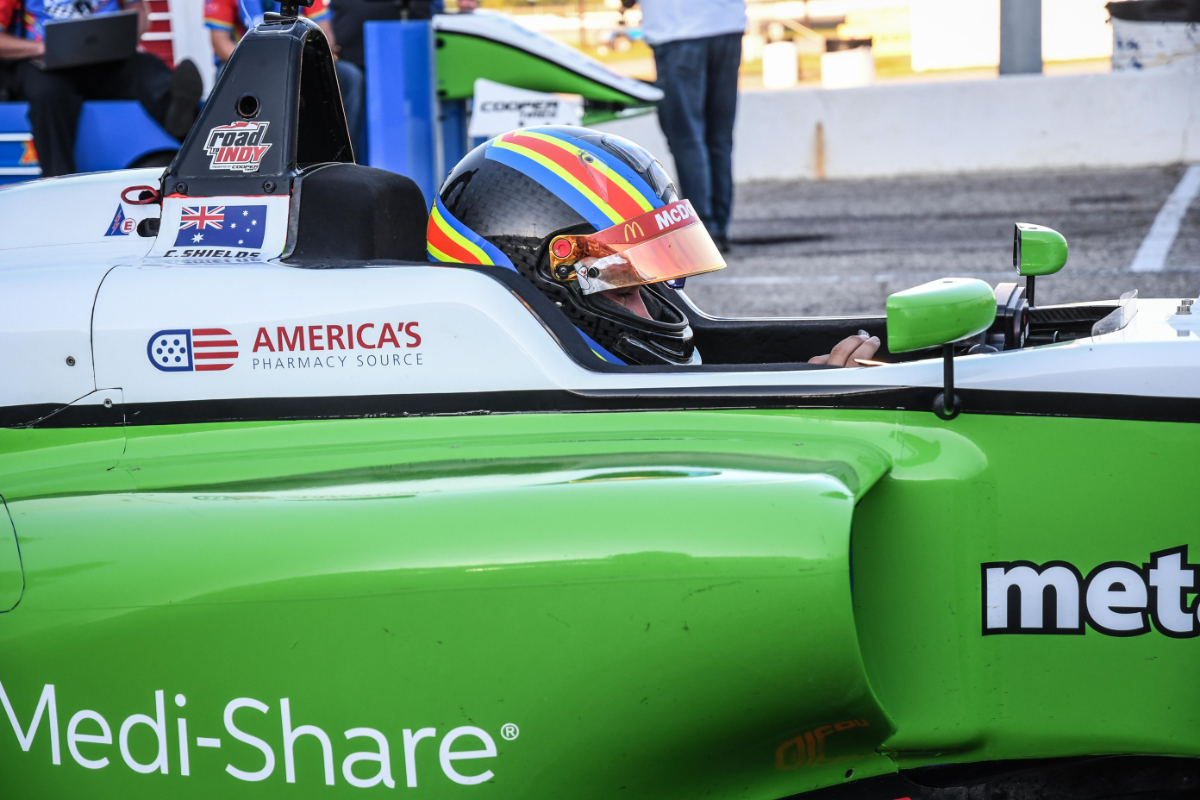 USF2000 race-winner Cameron Shields will step up a rung on the Road to Indy this year, joining DEForce Racing in Indy Pro 2000.

The Australian has spent the past two years racing in America, contesting a half-season in USF2000 in 2019 with Newman Wachs Racing and taking a win, and then racing for Legacy Autosport and then DEForce in 2020.

He finished ninth in the points last year, claiming a pole position in the St. Petersburg season finale and two podiums.

“Our relationship became strong throughout the closing stages of the 2020 season, finishing with a pole position on the streets of St. Pete GP.

“I am looking forward to building on that momentum at Barber Motorsports Park in April and bring home some hardware.”

Before relocating to America, Shields spent the early years of his car racing career in his home country.

He started off in Formula Ford in 2015, then progressed to the Australian Formula 3 championship a year later and won the National Class title.

For 2017 he expanded his efforts further in several categories, becoming the Australian FFord title runner-up and winning several races on the way to third in the points in Australian Formula 4.

The next year was pretty similar, this time coming fourth in Australian F4 after missing the final two rounds, winning races in several FFord series and finishing second overall in Australian F3.

Shields is the eighth announced driver for the 2021 IP2000 season and the first of DEForce’s expected three-car line-up.