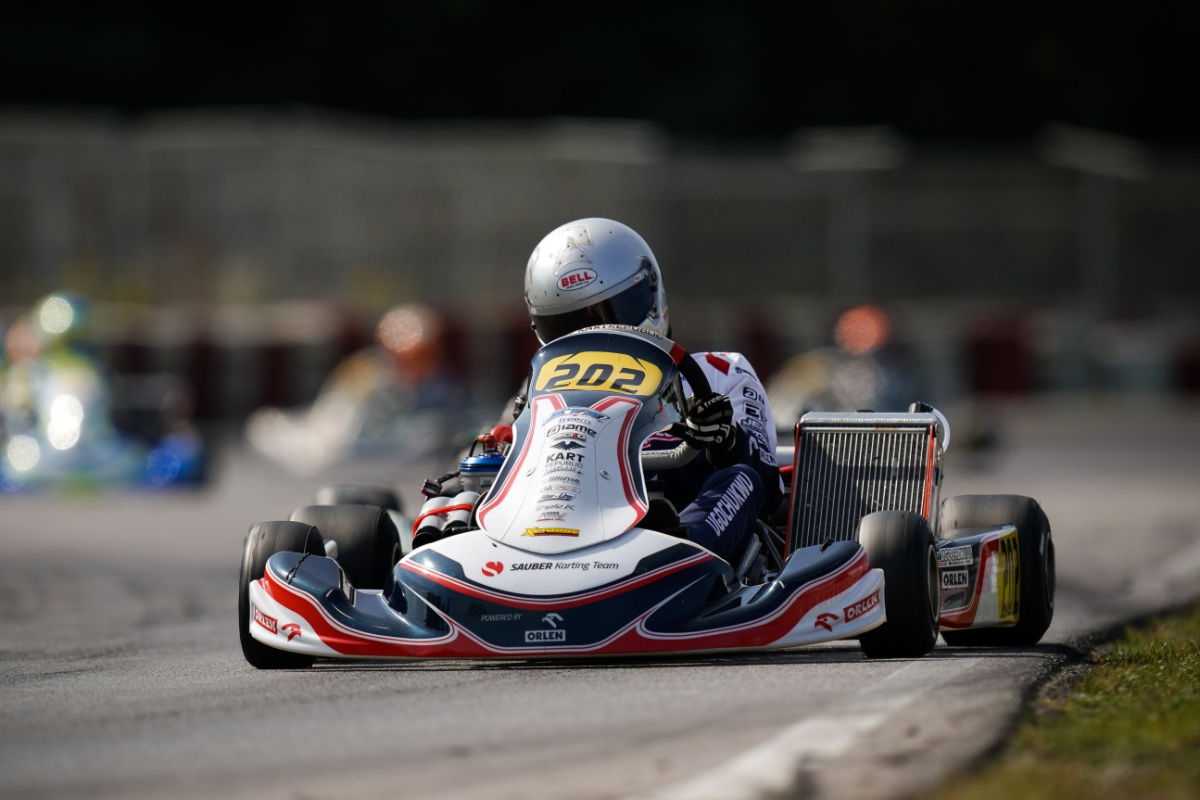 The entry list has been revealed for this weekend’s WSK Champions Cup at Adria in Italy, the first event on the European karting calendar for young drivers.

In the top OK class of karts, the favourite for success is Mercedes-AMG Formula 1 junior Andrea Kimi Antonelli. It’s the Italian’s second season in senior karting, and he remains with the Dino Chiesa-run Kart Republic team.

His team-mates for the Champions Cup and the CIK-FIA European and World karting championships include Anglo-Swedish junior karting graduate Arvid Lindblad, who for this year will be a Red Bull-supported driver, and former F1 driver Luca Badoer’s highly-rated son Brando.

Sauber is fielding Ugo Ugochukwu and Christian Ho in its own team, while new Ferrari Driver Academy member and Nicolas Todt protege James Wharton is racing for the factory Parolin team. He will also be testing in Formula 4 this year, and could graduate from karting mid-season once he turns 15.

Charlie Wurz, son of Le Mans winner Alex, is another evaluating an F4 move in 2021, and is an Exprit factory driver this weekend.

Sauber will have a large presence in the OK Junior races, with its team fielding Miguel Costa, new additions Maciej Gladysz and Gustaw Wisniewski from Poland and its latest signing Sonny Smith.

The 13-year-old Anglo-Thai joined Sauber’s junior ranks two weeks ago, and is entering his second year in junior karting.

Even the Mini category will include a Sauber junior in the form of Singaporean Tiziano Monza, and Super Formula entrant Drago Corse features here too in collaboration with an Italian team.

Vladimir Ivannikov will run in the Mini races, and fellow Russians Matvei Putilin and Nikita Artamonov will race a Drago Corse chassis in the KZ2 shifter kart category.