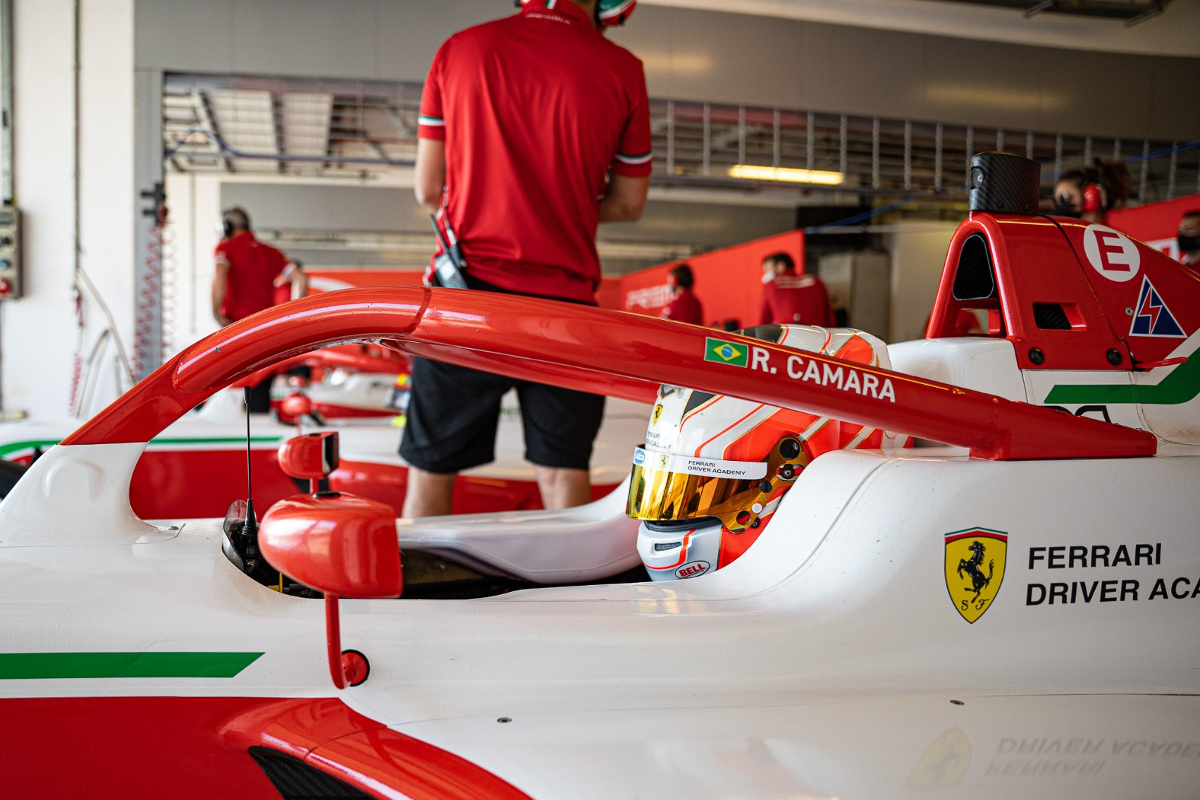 An encouragingly large group of 22 drivers turned up for ADAC Formula 4’s pre-event Spa-Francorchamps test on Thursday, ahead of the season start at the circuit this weekend.

There had been a forecast grid of 30 cars, but six entries were withdrawn by Jenzer Motorsport and Van Amersfoort Racing, and Thursday tester Valentin Kluss won’t be racing.

The freshly announced round one addtions, including those who had not revealed any ADAC F4 plans, are Prema’s Charlie Wurz, US Racing’s Marcus Amand, Pedro Perino and Kacper Sztuka, R-ace GP’s Marcos Flack and Frederik Lund, and BWR Motorsports’ duo of Alfio Spina and newly signed German karting graduate Chris Rosenkranz who will do the full season.

R-ace was first on track in testing before red flags came out, and it was Prema’s James Wharton who was on top after hour one. He was demoted to second after 80 minutes by PHM Racing’s Taylor Barnard, who went 0.8 seconds faster.

After a timing error, Prema’s Rafael Camara then emerged ahead going into session one’s final half-hour, having set a 2m23.637s.

More confusion then ensued, as another timing fault led to PHM’s Nikita Bedrin recording laptimes that were over a minute faster than anyone else. It was not rectified and he officially was fastest, although in reality Camara set the pace with a 2m23.232s, heading team-mates Andrea Kimi Antonelli and Wharton.

That was the same top three in session two, although Antonelli led the first hour through to when Jenzer’s Rasmus Joutsimies caused a red flag period. He was only usurped with 41 minutes to go of the 2h50m session, as Camara set a 2m23.260s. Wharton went third fastest at the end, pipping Wurz. Sztuka was fifth, the fastet driver to improve on their session one pace.

Session three ran for 1h19m in the afternoon, and was interrupted by early red flags. PHM’s Jonas Ried initially set the pace, swapping top spot with Kluss, then after a while Barnard came to the fore with a 2m24.299s.

Bedrin bettered that by 0.001s, then with 20 minutes remaining Camara went 0.040s faster as Prema waited until the last half-hour to send out its drivers.

Spina then went 0.032s quicker with 14 minutes to go, but two minutes later Barnard and Amand beat him. Barnard hammered in a lap 0.475s faster than anyone, and his own personal best, but still putting him behind Prema’s drivers in the day’s combined timesheet.

Listen to our ADAC F4 season preview on our latest podcast below, or find it on Breaker, Google Podcasts, Overcast, Pocket Casts, RadioPublic, Castbox, Apple Podcasts and Spotify.