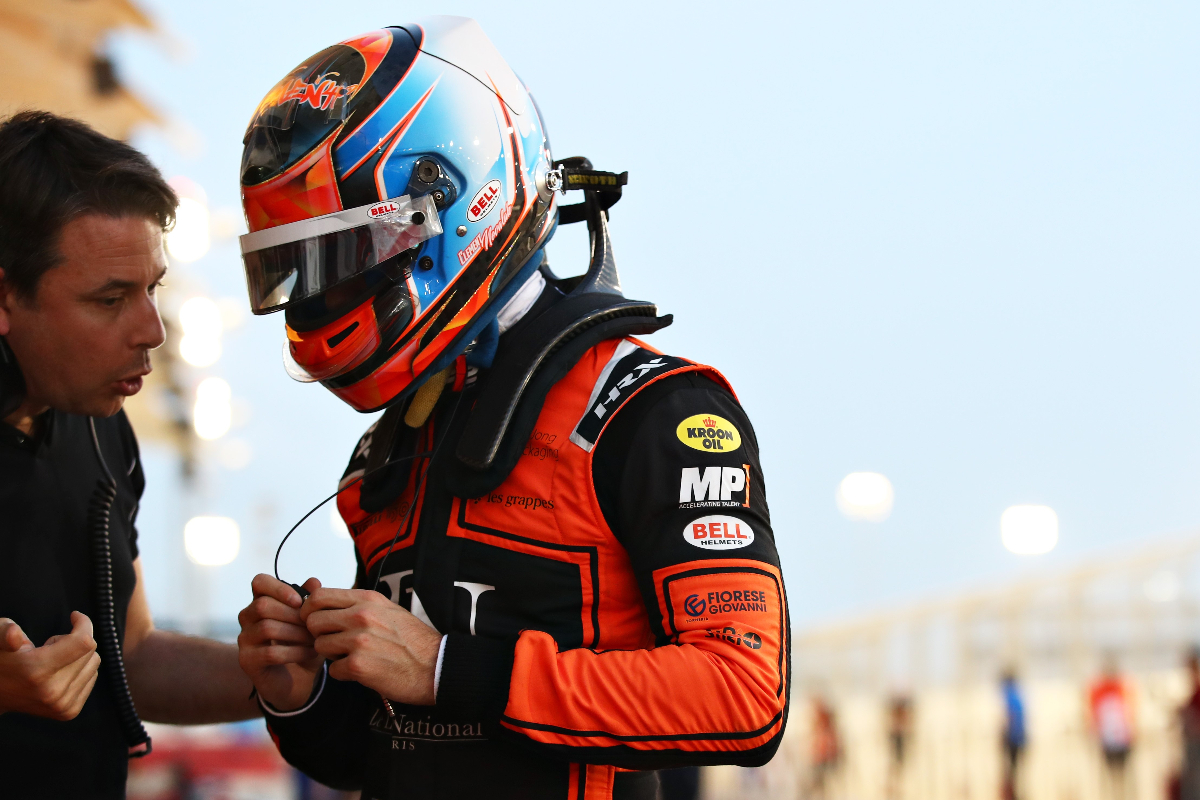 MP Motorsport’s Clement Novalak hasn’t had the easiest start to his rookie Formula 2 season, but is confident he will be able to turn things around soon.

Novalak got to join MP for the last two rounds of 2021, after coming third in FIA Formula 3, and qualified 12th on his debut.

But after two rounds of 2022 he is yet to make the top 10 while team-mate Felipe Drugovich leads the championship with a feature race win. Novalak explained to Formula Scout during the recent Barcelona test the source of his struggles.

“The tyres are definitely quite a big thing to get used to because before qualifying you are on mediums, and you’ve only got the soft for those two rounds in qualifying,” he said.

“I’m taking every session to try to learn as much as I can every time I go out on track.

“Some drivers have adapted really well, so I can’t use [lack of mileage] as an excuse. If you look at Jack [Doohan] and a couple of the other rookies, they’ve done a mega start. It definitely doesn’t help if you are not feeling at one with the car straight away.”

Novalak admits being outperformed by his team-mate – who he is learning from – can be tough, but prefers to look at it positively.

“The car is extremely quick. There is no point in denying it. When your team-mate is winning races and consistently at the front, it can be a motivating factor, but it can also be quite difficult mentally at times.

“It’s not easy to be off the pace while your team-mate is winning. But I take it as a positive rather than a negative, thinking that the car is there. I just need to keep trying, keep pushing, and it will pay off at some point.”

At Barcelona he “felt back at one pretty quickly and confident in the car, which is something that didn’t happen in Jeddah”, and when asked what he thought was most important for his progression, Novalak said “the confidence in getting to grips between the two sets of tyres”.

“We’ve got six sets of hards and only two sets of softs for the test. If the jump from the hard to the soft whenever it does come is good, strong and quite close to Felipe, I think that would be a good thing.”

Unfortunately a technical issue deprived Novalak of a full run on one set of soft compound tyres.

“I think I also need to work a bit on the long runs to get a bit better with the thermal degradation,” he added.

“For example, Bahrain races were pretty good. I think he had already a good race pace,” Dorsman said.

“If you analyse it well, especially Bahrain race two looks really strong, but he had an issue in the engine unfortunately.

“If he can take the next step in qualifying, then I’m pretty sure he has the ability to be up there.”