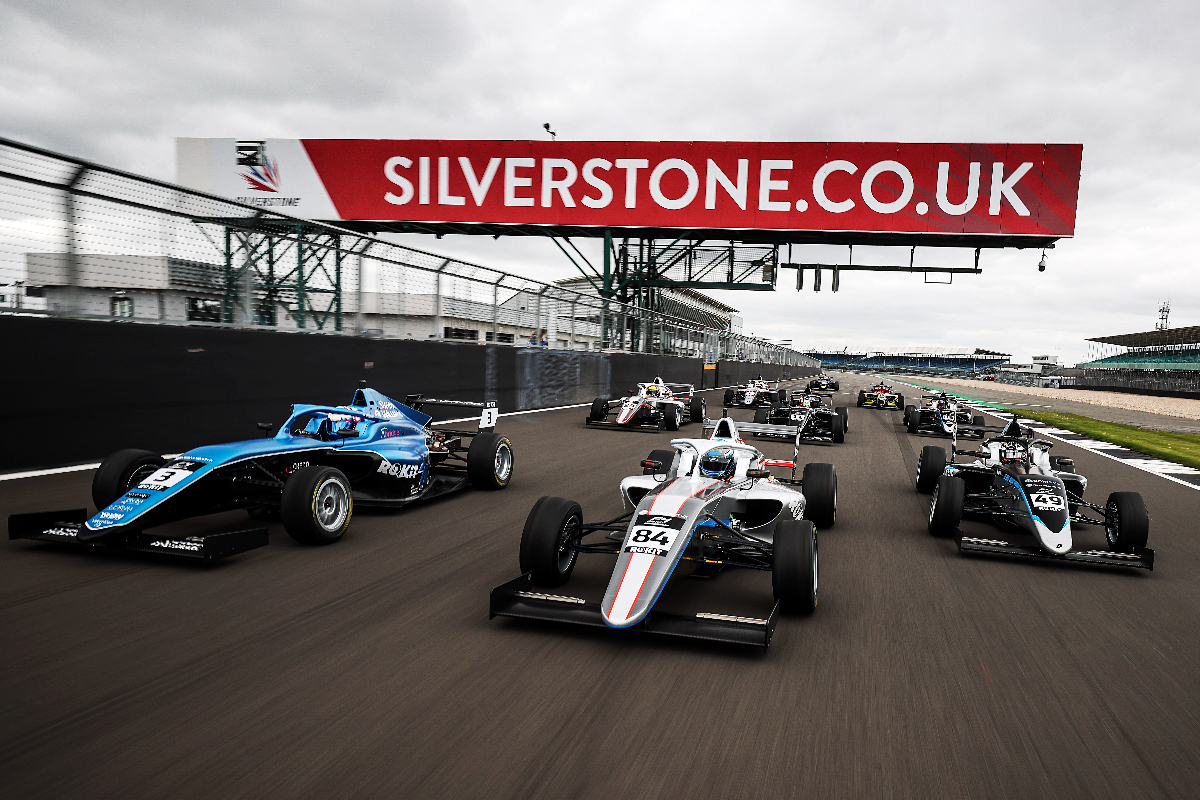 British F4 enters a new era this weekend as the 2022 season gets underway. It’s a new car, bringing the series closer to European counterparts, and a new-look grid with three debuting teams

The British Formula 4 field is heading to Donington Park with lots of unknowns and a 30-race calendar in which to solve them.

Even before any cars hit the track this weekend for round one, it’s been a promising start to the year for the series. Virtuosi Racing and Hitech GP, two of Formula 2’s top teams, have been attracted to the championship for the first time, joining Carlin in the list of big hitters competing in the series. Chris Dittman Racing will also join the championship this year.

The three new teams’ lack of series experience shouldn’t be too much of a problem for any of the racers signed with them. While some aspects of the previous generation of F4 have been carried over into 2022, the all-new car should level the playing field among new and returning teams. How well any of the teams adapt to the new Tatuus T-421 is unknown, and Hitech and JHR Developments will have a head start having raced with the car in F4 United Arab Emirates at the start of the year. For the drivers, their teams getting on top of the car quickly will be essential for putting together a title campaign.

In terms of numbers, British F4 looks set for a grid just under half the size of Italian F4, a series it now competes with more directly having adopted the same chassis, engine and tyres. And a smaller grid may not necessarily be a bad thing. Less competition – and having all races broadcast live on free-to-air television in the United Kingdom – means each driver can expect to have more eyes on them than in any other F4 series.

Three drivers in particular are being observed closely heading into race one of the season, and all three are Formula 1 juniors.

Williams junior Ollie Gray is the only one of these three with any car racing experience, having debuted in British F4 last year with Fortec Motorsports. He showed promise early on, with two fourth places in his first four races, then by summer he was winning races from pole at Thruxton. It was a year of strong rookies, so Gray didn’t factor into either the overall or rookie title fights much, but his Williams backing is not unearned. Switching to Carlin for 2022 should only boost his title hopes. 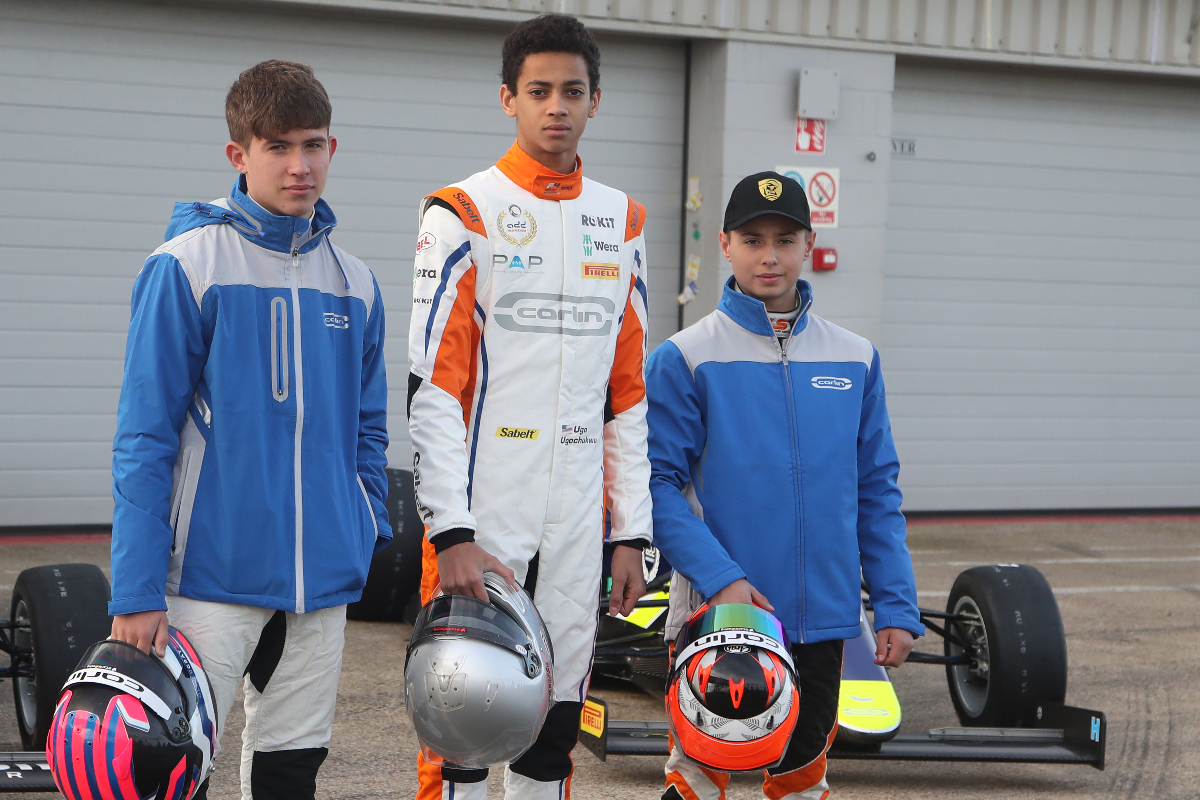 Also at Carlin will be McLaren junior Ugo Ugochukwu. Competing with the same team that powered current McLaren driver Lando Norris to the inaugural British F4 title in 2015, there will be high expectations on the American. Ugochukwu was one of the first drivers to sign for the season, and has had plenty of testing time over the winter after he wrapped up his rookie year of senior karting with second in the WSK Euro Series and fourth in the CIK-FIA World Karting Championship. While he has said he’s treating his debut season as a learning year, and he doesn’t even reach the minimum age required to race until the day of the first race itself, he still hopes to be fighting for podiums.

The third of the F1 juniors competing in British F4 is Daniel Guinchard, will race with Argenti Motorsport. Like Ugochukwu, he comes to F4 after an impressive karting career which included an unprecedented two British titles last year that earned him Mercedes-AMG’s backing. He’ll be joined at Argenti by returnee Aiden Neate and Irish karting graduate Adam Fitzgerald.

Of course, it’s not only F1 juniors who will be ones to watch this year.

After a couple of near-misses, JHR finally claimed the driver’s title in 2021 with Matthew Rees. The team will try to do it again with a three-car line-up this year. Georgi Dimitrov and Joseph Loake return to British F4 and will be joined by rookie Noah Lisle, who comes from Australia’s karting scene. Dimitrov’s 2021 was far from smooth sailing between two teams, but he showed potential with wins at Snetterton, Silverstone and Donington. With more stability around him in the form of JHR, there’s little reason to believe he won’t be able to find his way to the front of the order again. Loake also took three wins in 2021, is the highest placed returning driver, and did two F4 UAE rounds with JHR in the new car, so cannot be ruled out. 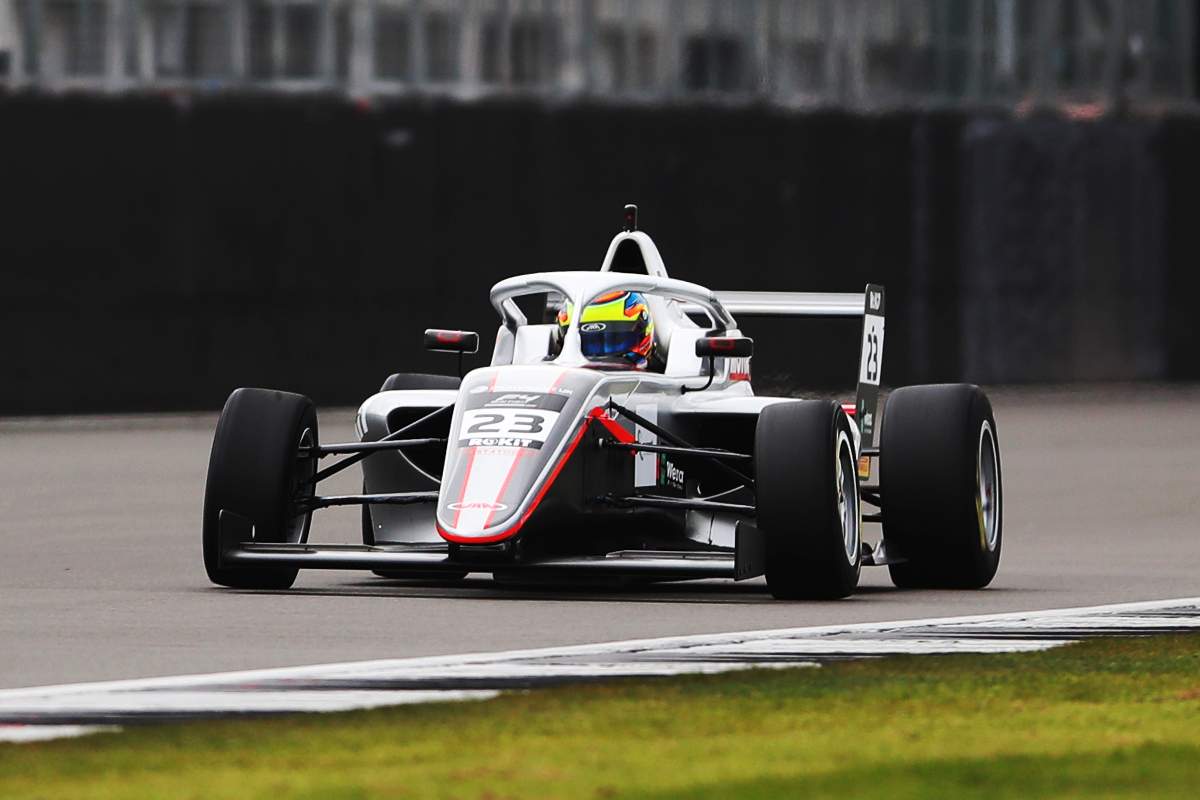 At Hitech, Eduardo Coseteng is the only series sophomore among its four signings. The Filipino came 12th in 2021, but showed strong progress over the course of the season which will no doubt continue this year. If experience is anything to go by, he should become the team leader this year, but a late signing may challenge that.

Alex Dunne has been announced for round one, and is a proven F4 star in the ADAC, Spanish and UAE championships. His main focus for 2022 will be Italian F4 with US Racing, but the Irishman could dovetail that with more British F4 outings in the future. Rookies Oliver Stewart, a rival of Guinchard last year, and Daniel Mavlyutov are also signed with Hitech for the season. Mavlyutov began his racing career in its entirety last October, driving in FF1600 at Brands Hatch and Silverstone.

Virtuosi’s Michael Shin and Edward Pearson graduated from karting (via a F4 UAE campaign two months ago) and Ginetta Junior respectively. While Virtuosi is new to this level of racing, the team cannot be underestimated.

Finally, the series’ third debuting team, CDR. It begins the season with a one-car entry in the form of Joel Pearson, although has brought two cars to Donington. Pearson was set to compete in British F4 in 2021 following a strong year in Ginetta Junior, but he was diagnosed with cancer and his plans were postponed. His F4 debut will make for a feel-good racing return.

Overall, 2022 should be another close year. It likely won’t be until well into the season that it will be possible to tell who are the drivers and teams that have mastered the new car, or how well the arriving outfits have adapted to British F4’s format.

Listen to our British F4 season preview on our latest podcast below, or find it on Breaker, Google Podcasts, Overcast, Pocket Casts, RadioPublic, Castbox, Apple Podcasts and Spotify.