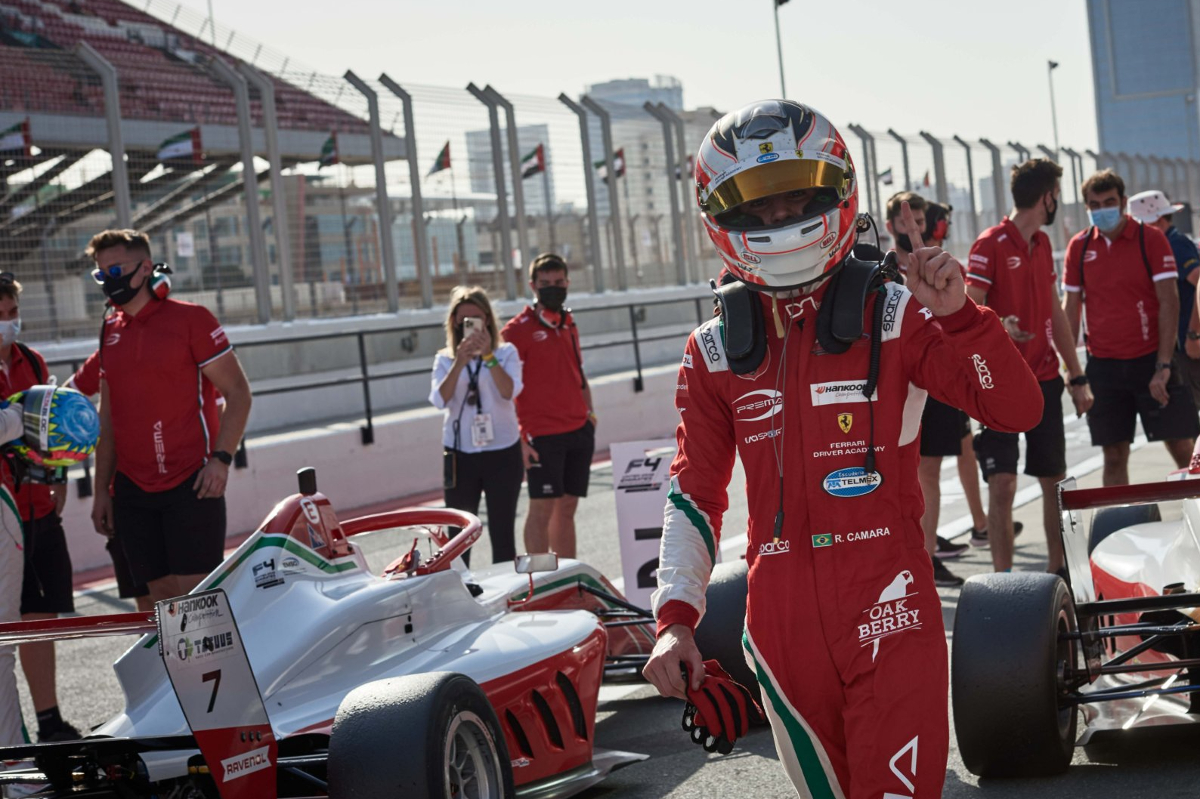 Rafael Camara took his third Formula 4 United Arab Emirates victory of the weekend in the final race at Dubai Autodrome, ensuring a clean sweep of victories for Prema.

Camara leapt into the lead at the start from fourth on the reversed grid, thereafter managing the gap to Xcel Motorsport’s Jamie Day to take a comfortable win by 1.821 seconds.

Local driver Day was kept under pressure throughout by Abu Dhabi Racing by Prema driver Conrad Laursen, but the Dane never came close enough to mount a challenge.

The top four positions were unchanged after the initial tour, with James Wharton dropping back to finish almost six seconds adrift of his team-mate in fourth.

PHM Racing’s Nikita Bedrin put in another strong performance form ninth on the grid, passing Aiden Neate for sixth on lap nine of 13, before claiming fifth from pole-sitter Miron Pingasov at the close.

Neate held off a charging race three winner and title rival Charlie Wurz by just 0.288s at the chequered flag for seventh. Wurz had been the fastest driver on track in the middle stages of the race as he chased after the battling Neate and Bedrin.

The drives of the race came from Tasanapol Intraphuvasak and Valerio Rinicella who both started from the back of the 31-car field after incidents in race three. Each of the MP Motorsports drivers made up 17 places, without the aid of any safety car periods, to finish in 13th and 14th respectively.

Hitech GP’s Luke Browning retired on lap three after a coming-together at turn 12 with 10th place finisher Martinius Stenshorne. The incident will be investigated by the stewards after the race.

Camara’s win puts him up to third in the standings, ahead of Inthraphuvasak, despite having been forced to miss the first round of the championship in Abu Dhabi.