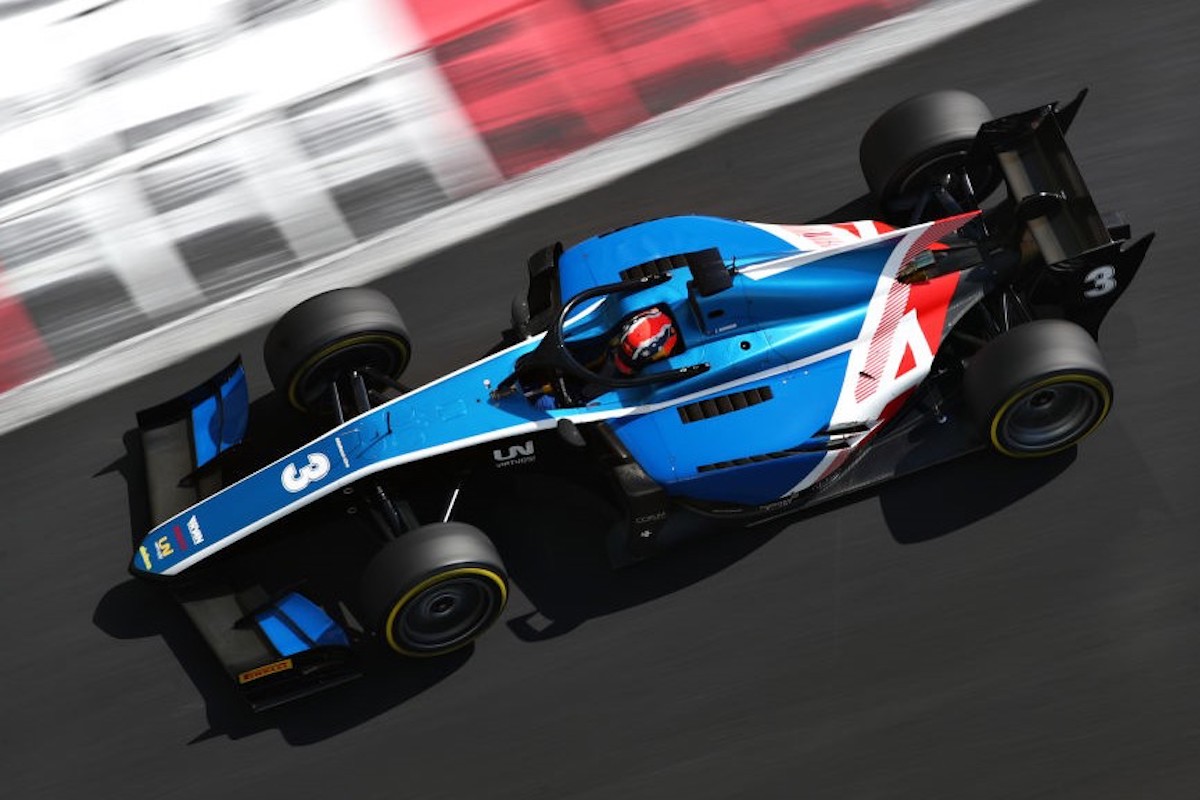 Formula 2 newcomers Jack Doohan and Olli Caldwell have been added to the Alpine Academy line-up for 2022.

Caldwell has announced his deal to race in F2 for Campos Racing full-time after he debuted with the team at the end of 2021.

The Briton contested the final two rounds of last season with the team, and claimed a best finish of 12th from six starts. He then remained with Campos for post-season testing.

His primary programme in 2021 was FIA Formula 3 with Prema, and he came eighth in the points with one win. It was his sophomore season in the championship, having come 16th in the standings in 2020 while racing for Trident.

“I’m really excited to join the Academy as this is one of the biggest steps in my career so far,” said Caldwell.

“All the support that comes with it does add a bit of pressure, but that’s good pressure to have in order to keep pushing. I can’t wait to get started and I’m looking forward to seeing how I can improve and perform in the years ahead.

“I get on really well with Campos Racing and especially with Ralph [Boschung]. The car is looking very strong and I think we can definitely achieve some very good results this year, I can’t wait to get going.”

Doohan announced his full-time move up to F2 with Virtuosi in December after also contesting the final two rounds of last year, in his case with MP Motorsport.

He had been affiliated to the Red Bull Junior Team since he debuted in car racing in 2018, having already had ties to the energy drinks brand while karting. In 2021 he finished runner-up in the FIA Formula 3 Championship to Dennis Hauger, who like Doohan was competing with Red Bull support but not as a full-blown Junior Team driver.

While Hauger will be one of five drivers racing in Red Bull colours in Formula 2 this year, Doohan and Caldwell will be Alpine’s sole representatives in the series.

Last year Alpine had three drivers in F2, but Oscar Piastri can’t return after winning the title and will serve as the team’s Formula 1 reserve driver, Guanyu Zhou will race in F1 for Alfa Romeo and Christian Lundgaard has switched to IndyCar.

“We are only measured by our success on track and our goal as an Academy is always to win the championships our drivers are competing in,” said Alpine Academy director Mia Sharizman,

“Jack is fresh from finishing as runner-up in Formula 3 showing his raw speed in the championship and again in his debut in Formula 2 last year, while Olli comes into the Academy after a solid year in F3 where he managed four podium finishes and a race win.

“We accept it might take a few races for the two of them to adjust to their new surroundings, but we’re confident they will hit the ground running towards the second half of the season.”

Alpine also retains Victor Martins and Caio Collet who will remain in Formula 3 for another season.