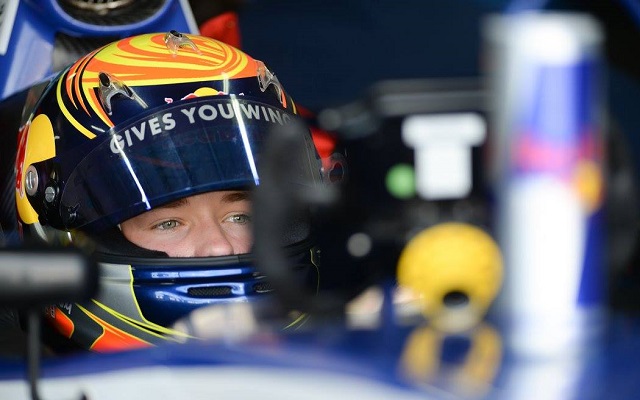 Callum Ilott will spend his first season out of karts in the FIA F3 European Championship with Carlin as a member of the Red Bull Junior Team, it has been confirmed.

The 16-year-old has been contesting his first single-seater races in the Toyota Racing Series in New Zealand over the past few weeks, using a Red Bull-branded helmet.

Last year he was the CIK-FIA European Champion in the senior KF class and also won the WSK Super Master Series, and later tested extensively with Carlin’s F3 squad.

He joins his rival Alessio Lorandi in making the immediate jump up to F3, and follows in the footsteps of Max Verstappen, who went on to be signed by Red Bull in the middle of his rookie season.

?Being in the Red Bull Junior Team is a privilege, you just have to look at the history of the drivers that have gone before,? said Ilott.

?Last season was very good for me so I was hoping for a good start in cars but I didn’t imagine that I would get this opportunity.

?The step up is quite something, I have a lot to learn but I have already had a very good start with a few F3 tests with Carlin and a couple of tests in a Renault 2.0 before coming out to New Zealand for the Toyota Series. There are a lot of experienced people around me to learn from and it gets better every time I go out.

?This is my first open wheel race series and I am trying to learn as quickly as possible. I think it will be a good preparation for the F3. This car has less downforce and a bit less power but it is close enough to help.

?For this year I want to make a good impression, show my speed early and keep improving.?

Trevor Carlin added: ?We?re very excited to have such a young talent join the team. Whilst Callum will be on a steep learning curve we fully expect him to show a rapid rate of development as the season progresses. We?d like to thank Dr Marko for entrusting us yet again with one of his young proteges.?

Campos signs Palou and Ashkanani to their GP3 roster