Campos signs Palou and Ashkanani to their GP3 roster 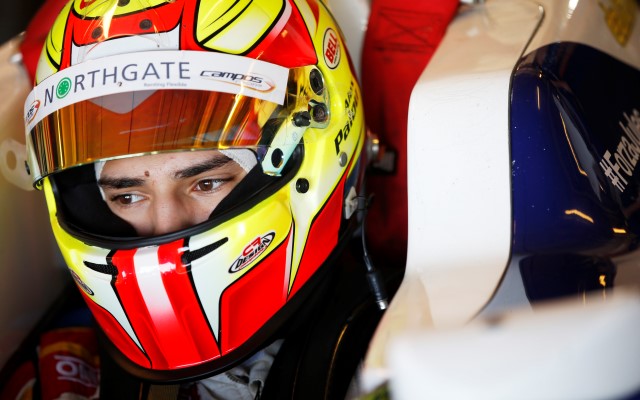 Alex Palou and Zaid Ashkanani have both been officially confirmed as GP3 drivers for the forthcoming season with new entrants Campos Racing.

A protege of team boss Adrian Campos, 17-year-old Palou will graduate from Euroformula Open with the team for his second year in single-seaters.

The Spaniard completed a successful karting career in 2013, including the WSK Euro Series title in the KF3 category to move up Euroformula Open. Palou showed great pace from the get-going, collecting three victories and eleven podiums throughout the season only to miss out on runner-up by a single point.

At the end of the year, he took part in GP3’s post-season testing with Trident and ART and ended all three days in the top eight.

?I am very excited by the prospects for joining this new GP3 project with Campos Racing,” stated Palou.

“I shall do my best to achieve the best possible results and to live up to the trust of Adrian Campos and my sponsors.”

One of Palou’s teammates will be Kuwaiti Zaid Ashkanani.?The 20-year-old racer started his racing career contesting in the 2012-13 Porsche GT3 Cup Challenge Middle East season, taking sixth in his first attempt, which was followed by the championship title in his second season.

Ashkanani is also taking part in this year’s edition of the series and is currently sitting second in the standings, having finished all six races on the podium. He also had a couple of guest appearances in Formula Ford GB and ADAC Formel Masters respectively. Ashkanani had one day ?in GP3’s post-season testing, finishing ending up in 19th with Trident.

?I am very happy to race with Campos Racing in the GP3 Series and it will be a big challenge for me.”, said Ashkanani. “I am really looking forward to it.?

?I am very glad as this new project in the GP3 Series is very promising, and it is going to be great to have both Alex and Zaid with us,” added Adrian Campos.

“Alex Palou already proved his worth during the collective tests held by the series in Abu Dhabi.”

“I know Zaid pretty well, as we have already worked together for a long time. It is worth mentioning he took the Porsche Middle East title last year. We will make every effort to ensure a competitive package for them. I hope to announce another driver shortly?.

Palou and Ashkanani are the first drivers announced to race with Campos Racing’s debut season in GP3, with Santiago Urrutia tipped to complete the line-up.