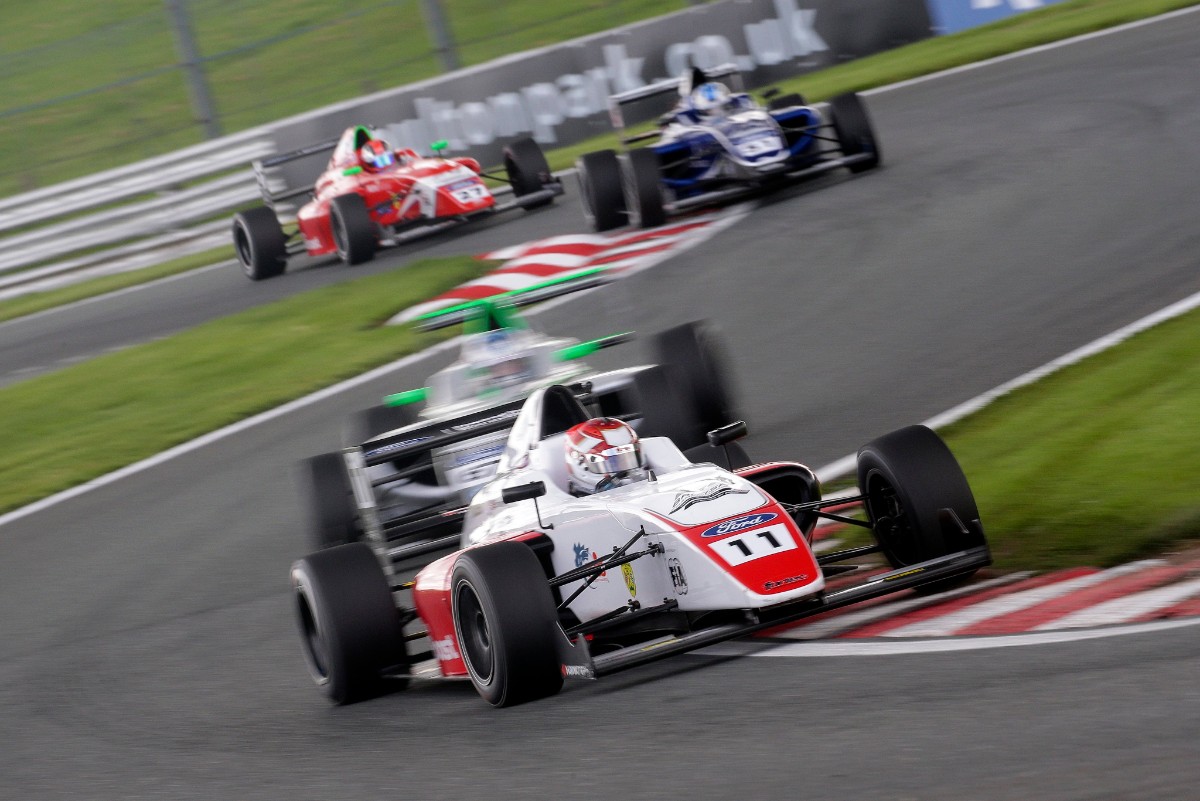 Luke Browning won the second British Formula 4 race at Oulton Park after contact with Alex Connor on the final lap.

Browning made a strong start to charge up from sixth on the grid to second by the end of the opening lap. He kept the pressure on Arden’s Connor throughout the race, but it wasn’t until the final laps that he challenged for the lead.

The Fortec Motorsports driver pulled alongside Connor on the final lap, and tried to find a way past him around the outside. He was forced wide, but kept control of the car and rejoined still alongside Connor. As they came to the next corner, the pair made slight contact and Connor was sent spinning into the wall.

Browning was able to continue without damage. He held on to take the victory on-track, four seconds ahead of the battling Casper Stevenson and Roman Bilinski.

Connor had started second on the grid but moved into the race lead after team-mate and polesitter Frederick Lubin ran slightly wide on the opening lap. Lubin continued to drop backwards as James Hedley recovered from a poor start to take fourth.

A wide moment for Hodgkiss dropped him out of the battle and Pulling was free to close the gap to Lubin ahead, passing late in the race to take fifth.

Roberto Faria climbed up through the grid to finish seventh, ahead of Nico Pino, O’Sullivan, and Reema Juffali.

Juffali had suffered a wide moment through the gravel earlier in the race, but was able to keep the car going and reclaimed positions after Carlin duo Christian Mansell and Matias Zagazeta both made mistakes that forced them to take to the Grand Prix circuit – rather than the Island layout in use – on separate occasions.