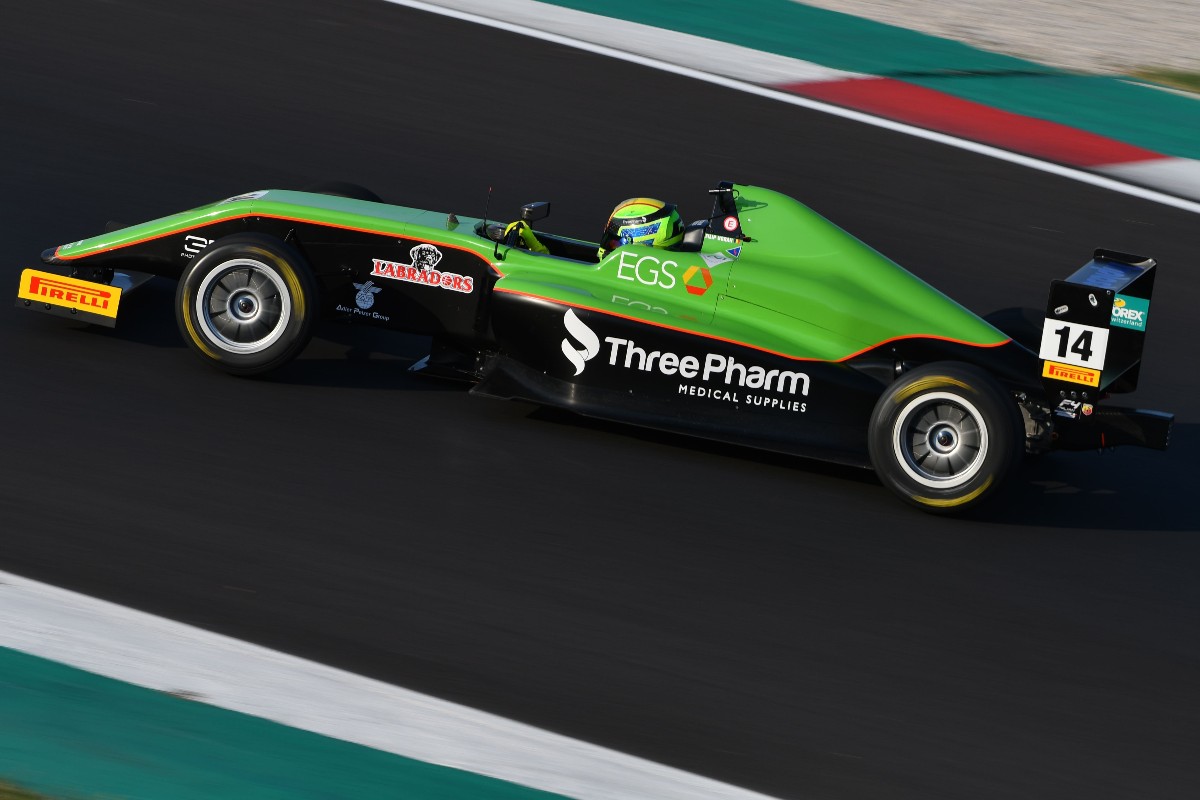 Filip Ugran won from pole for the second time in a row in Spanish Formula 4 at Paul Ricard, although the Romanian lost his lead on the first lap.

Championship leader Kas Haverkort made a stronger start off the front row and took the lead straight away from Ugran. The poleman came back at Haverkort though and passed him after just a few corners, which started a run of Haverkort being bustled down the order.

This fighting helped Ugran escape up front, but his lead was diminished by the appearance of the safety car on lap four when GRS’s Suleiman Zanfari crashed with MOL Racing’s Javier Sagrera. At the same time, Haverkort came to a halt on track.

On the restart there was battling for second place again, this time with Goethe passing Boya at the Minstral chicane. Goethe then conceded the position back in the twisty final sector of the lap, and ended up behind Fluxa, Ugran’s Jenzer Motorsport team-mates Jasin Ferati and Francesco Simonazzi, and his own team-mate Joshua Dufek.

Going into the final lap this battle came to a head, with a strong defence from Fluxa at the Minstral chicane resulting in the drivers going three-wide at the exit. Fluxa and Ferati stayed side-by-side through to Turn 10, with Simonazzi and Dufek tucking in on the inside of them.

The two cars on the outside went wide and off-track, and they rejoined on the entry to Turn 11 with Dufek on the inside kerbs. He then got loose and swept across the track while losing momentum, but there was no contact.

This helped Boya to emerge a clear second behind winner Ugran, with Fluxa just beating Simonazzi to the final podium spot. Goethe recovered to fifth, ahead of Ferati, Dufek, Praga F4’s Quique Bordas and Drivex School’s Ivan Nosov, who had been challenging Bordas all race.