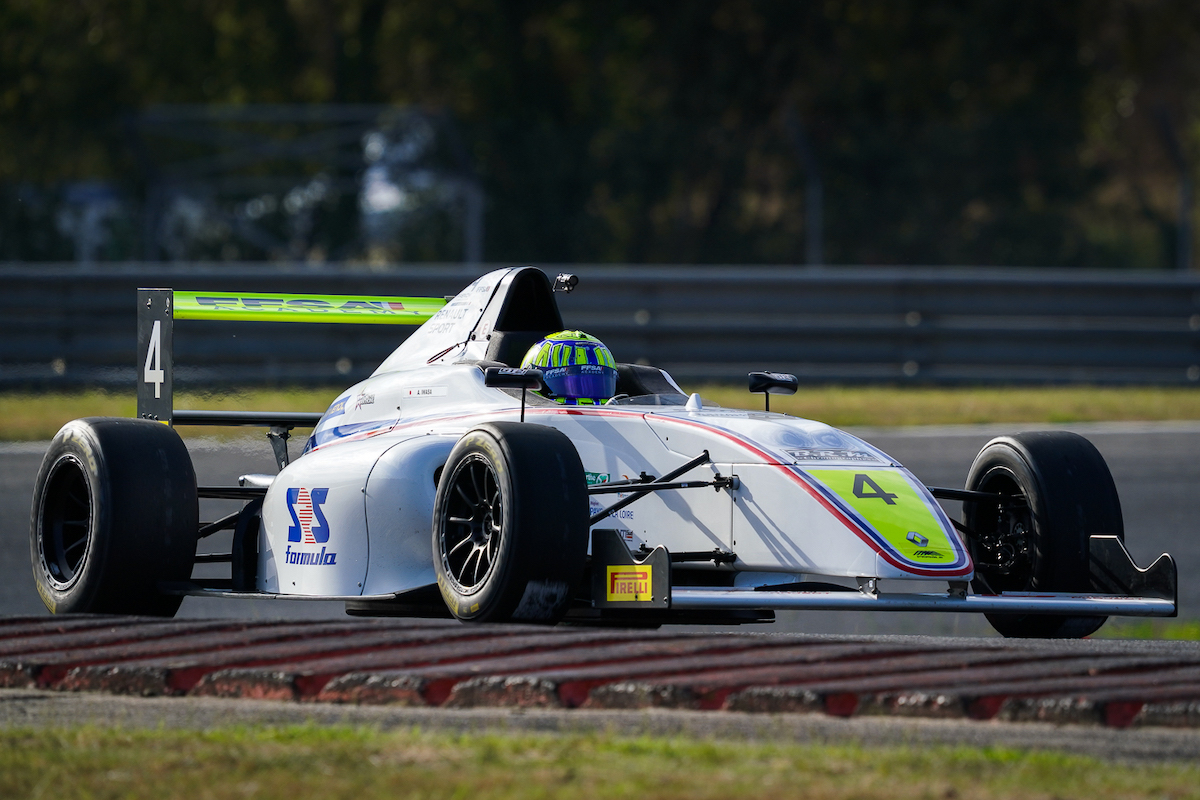 Ayumu Iwasa dominated the final French Formula 4 race of the weekend at Nogaro to extend his lead at the top of the championship standings.

The Honda junior qualified on pole and faced little challenge from the rest of the field as he converted the position to his second win of the weekend.

Isack Hadjar stayed with Iwasa in the opening laps, but began to drift back and was forced to defend against Ren Sato. Sato quickly found a way past Hadjar and was immediately able to gap the Frenchman, chasing after Iwasa, who had already amassed a lead of over a second.

Hadjar couldn’t stick with Sato and later retired with a mechanical issue.

Though Sato had greater pace than Hadjar, he couldn’t close the gap to Iwasa and finished 1.814s behind the race leader.

The battle for the final podium position was more hotly contested. Romain Leroux qualified eighth and spent the first half of the race quietly climbing through the field.

By the closing stages, he was on the tail of third placed Marijn Kremers and appeared to have the better place. Kremers defended well, forcing Leroux to take the outside line as he tried and failed multiple times to take the position.

On the penultimate lap, Leroux finally managed to make a move stick after running side by side with Kremers through multiple corners.

Kremers had to settle for fourth, just ahead of Rafael Villagomez, Ivan Peklin and Valentino Catalano.

Sami Meguetounif had been leading the train of cars behind the battle for third but, just after Leroux managed to make the pass on Kremers, Meguetounif ran wide and into the barriers. It brought an early end to his race but was covered with waved yellow flags, allowing racing to resume for the final lap.